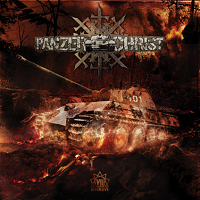 The inclusion of the word “panzer” right away tells you what Denmark’s Panzerchrist are about: War. While it would be awesome if they were about Jesus and war (check out Blind Guardian’s “Another Holy War” – there’s an epic metal treat for ya), the band has largely stuck to just their war-themed guns for the duration of their career. In essence, they’re like the Bolt Thrower of black/thrash; not as heavy, but faster, and thanks to the inclusion of melodies, go up a few notches with the 7th Offensive.

A military transmission introduces the opening title track, which at first, presents itself as a standard fare blackened death grinder. Then, an impatient melodic chord structure enters the fray and Panzerchrist start to roll over their contemporaries. Buoyed by some sweet solos (they’re usually long and involved), the guitar work on The 7th Offensive becomes the ultimate differentiation. Not just because of the melodies, mind you, but they’re tense (“In the Name of Massacration”) and quick of the wrist on “Stronghold of Hill 666,” which contains a hefty batch of nimble, yet barbed-wire riff-action.

Like fellow war metal mongers Conqueror and Revenge, the limited lyrical view is almost a given, but an afterthought on The 7th Offensive considering the amount of action-packed musicality Panzerchrist throw into the mix. Top-notch stuff. 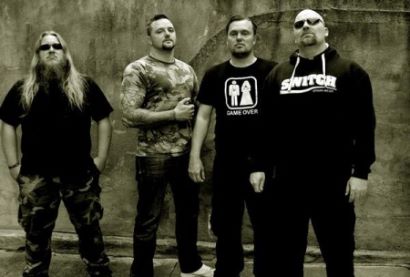 PANZERCHRIST To Release The Seventh Offensive In August