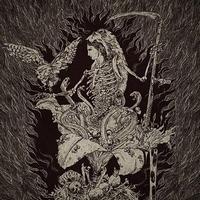 After checking out Outre on a split with Thaw, it seemed like their formula was onto something. Though there seems to be an ever-increasing amount of that “creepy” black metal going around (Deathspell Omega and their many dissonant offspring). While Outre does seem to pal around with those type of ideals from time to time, they are far from a clone.

Much of Outre’s speedy approaches tend to involve the dissonant riffing and occult-ish atmosphere that bands like Thantifaxath and Imperial Triumphant are taking up to the next level, but where the band slows things down is actually their greatest strength. “Shadow” sets this up quite nicely (disturbingly?), with some strange slowdown towards the middle of the track. The album actually opens up with some grim chanting and darkened vibes. The band also uses some gritty, near-spoken vocals (stating “cleans” will give off the wrong impression) during these periods that fit well with the more depressive tones, giving it a more haunted vibe. “Equilibrium” also follows this direction, giving the listener a bit of a rest from the blasting tones of some of the previous tracks. The last track, “Arrival,” works as more of a slow burn, interjecting atmosphere and melancholy in between more traditional black metal riffing. The more traditional black metal moments work (the opening of “Vengeance” in particular), but one can’t seem to help yearning for the next slower segment at times.

Ghost Chants exceeds at providing a chilling atmosphere within a black metal framework. Impressive for a debut effort, one does hope though, that in future offerings the balance of atmosphere into the faster sections feels as compelling as the slower moments. 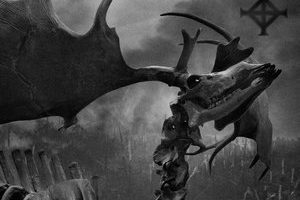