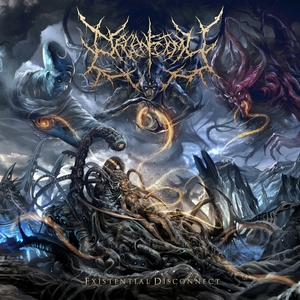 Organectomy managed to pull off a surprise upset with their utterly bludgeoning yet still memorable Domain of the Wretched debut. They were able to take the massive sound of slamming death metal and make it a bit more palatable than the norm by coating it with many memorable riffs and sly melodies. With their newly released follow-up, Existential Disconnect, the question is if lightning can strike twice? Thankfully, based on repeated listening, the answer is a resounding yes.

Everything that made Domain of the Wretched sits just as fresh and invigorating this time around. The tone that Organectomy gives to the guitars is monolithic, and really aids in making sure that every churning riff and breakdown all but knocks the air out of your lungs (see “Catastrophic Intent”). They easily can swing the wrecking ball of riffs and keep it in their favor. The mountainous grooves are more than just destructive though, and that’s what gives Organectomy a boost over many slam bands. The riffs are often just as hooky and memorable as they are devastating (check “Antithetical” below), and the band isn’t afraid of introducing a little atmosphere at times to help with the mood (the two-part “Where Pantheons Lie” for instance). All of this comes together to keep the music engaging, even at 48-minutes in length (where most slam bands tend to lose this in less than a half-hour). It’s a real testament to the band’s writing ability when they can keep the listener attentive through an absolutely brutal assault for so long, all without compromising brutality.

Existential Disconnect doesn’t veer too far from the grounds Organectomy stomped on their debut, but with their established strength in songwriting, it really doesn’t need to. Organectomy can slam and gurgle just as hard as the next band, but they’ll keep your attention longer for their ability to deliver riff upon riff of memorable heaviness. 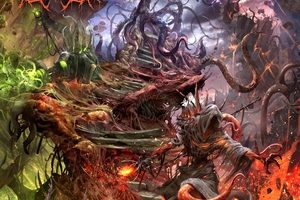