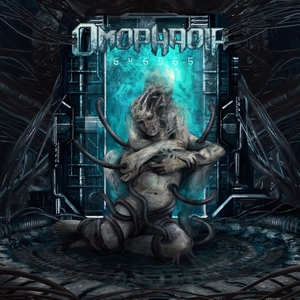 With 2016’s sophomore effort from Omophagia, In the Name of Chaos, they were plagued by the speed at which they played. Meaning that with their approach to hyper-speed, they lost what individuality the songs had in trade for the acceleration of the music. That ‘blurring’ of tracks that extreme metal sometimes suffers from. Three years removed from that effort though, and Omophagia returns with more balance, something that 646965 benefits from greatly.

Make no mistake about it, Omophagia are still all about going at breakneck speeds that intend to flatten the listener with intensity. The title track wastes no time in getting the band back up to full-speed. But there’s also a more coherent sense to their speed runs. There’s more nuance and melody tossed in, providing some breaks from the frenetic energy with both some catchy vocal patterns as well as some melodic leads and riffing that stays more memorable. It allows them to barrel ahead with less of that ‘blurring’ mentioned above going on. Spiraling melodies open up “Evolve” and some mid-tempo grooves infiltrate “Pride Before Fall” to keep a more balanced approach to the band’s overwhelming brutality. While this covers the first few tracks, the same types of improvements make their way into the rest of the tracks – it really feels as if the band has looked into what ticks for them and built each song from the approach that lets them keep their level of intensity but gives it more individuality.

646965 is a marked improvement from Omophagia’s second album in all the right ways. While the band still follows the usual death metal formatting, they’ve found a way to successfully merge their speed-penchants with an overall sense of song flow and structure without the need to really do much in terms of slowdown. With this potential unlocked, it will be curious to see if they push things further outside the box next time and unleash a full-fledged ‘banger. 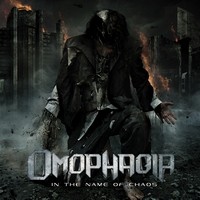