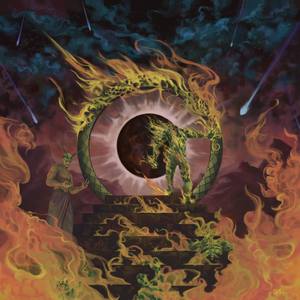 Never at a loss for some brutal, technical death metal, the world has been making a habit of providing more than a mere bounty of material for those inclined. Odyssian have been active for a few years now, operating out of Washington to design their particular brand of the genre, with a few demos and a full-length release last year to their credit. Day of Wrath works because it never loses focus of what’s most important with this type of material – sheer heaviness.

Day of Wrath is brutal. No two ways around it. Sure, the band knows how to whip things up into a display of progressive and technically-inclined showmanship, but unlike many of their increasingly bland and sterile compatriots, they can give you a good, memorable beating while doing so. Each of the 4 tracks (outside of a brief intro track) manages to maintain an enjoyable balance between intricate songwriting and bludgeoning brutality. For each, ‘wow that sounded cool moment,’ there’s an equally enjoyable riff that wants to knock you out of your chair with its energy and venom. There’s also some more melodic moments, such as an acoustic break on “Solve et Coagula” that pairs well with a solid lead following it up – keeping the listener on their toes for little offshoots that manage to enhance the song without feeling out of place.

In a way that recalls Cognitive than a band like Obscura, there’s both punchiness and tech infusions to be had with Day of Wrath. You’ll walk away impressed with their songwriting, but they never throw it too far into your face. Instead they sprinkle it in while giving you a taste of savage riffing that will get the blood pumping. If that’s not a winning formula for death metal in 2018, what is?