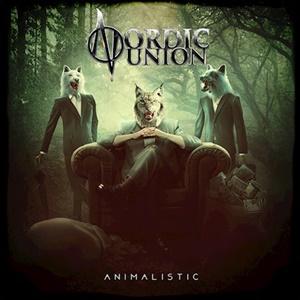 After establishing credibility and interest with a self-titled album and Second Coming follow-up, Nordic Union aims to continue the further development of this endearing melodic heavy metal project through their third album Animalistic. Revered for his legendary voice in Pretty Maids, Ronnie Atkins combines his seasoned delivery to the masterful instrumentation, songwriting, and engineering/production skills of Erik Martensson (Eclipse, W.E.T.), with additional lead break assistance from Unleashed guitarist Fredrik Folkare, guitarist Thomas Larsson, and drum support from Henrik Eriksson. Nearly four years have passed since that previous record, with these eleven tracks taking on more of a direct, heavier stance as the trademark booming choruses, passionate melodies, plus anthem-oriented nuances should convince most listeners of another winning set of songs.

Digging deeper into some crunchier, modern tones next to soaring, gritty verses plus bluesy, sustained trailing notes, “If I Could Fly” has immediate standout qualities on first listen. A slower, pulsating keyboard passage sits next to a mid-tempo riff march for “This Means War” – the bright choir-infused chorus a rally cry for those who desire classic arena-oriented heavy metal that commanded the market share back in the 80’s and early 90’s. Erik knows how to drive these songs with that bigger picture touch – knowing when to build musical momentum or lay back in open restraint for Ronnie to belt out his masterful melodies, as “Wildfire” or the double kick/twin-guitar infused “In Every Waking Hour” illustrate. Between the normal metal fare, you can also expect some tender, quieter, and introspective style songs – “Riot” and “Last Man Alive” being two tour de forces on the ballad front, the latter possessing some George Lynch-ish touches with the clean axe play during the verses before hitting the right power chord distortion measures.

Mining gold once again, Nordic Union is an ideal partnership for those in the melodic heavy metal scene that enjoy highly talented, capable musicians just releasing impressive songs that we can treasure for a lifetime. If you are new to this act, Animalistic serves as the ideal starting point to aural fulfillment. 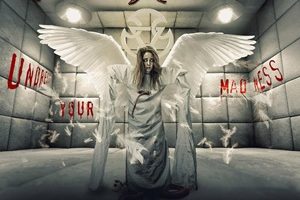 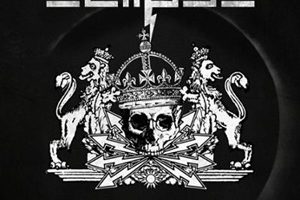