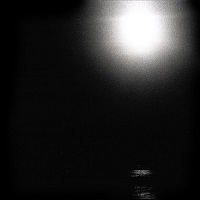 Going the ‘ole anonymous route is a sure-fire way to add some mystique to one’s project, and bands

of the black metal variety are most privy to this, like Nine Covens. Comprised of supposedly a handful of “name” people from the underground, the band’s …On the Coming of Darkness debut is a mash-up of black metal’s core elements, resulting in a nine-song effort that blankets the listener with overriding darkness.

The lyrical angle of Nine Covens revolves around two main tenants of life – religion and government, and their various failures. Concepts in black metal are usually a total wash mainly because the words and indiscernible and most of them want to glorify Old Scratch, so at least Nine Covens has that working for them. As if it really matters.

Going down the line on …On the Coming of Darkness, it’s quick to latch onto the morose riff-temperament of “Cold Exile Of a Fallen Idol,” which employs a battering ram of early 90’s arrangements and melodies, making it the album’s clear-cut highlight. “A New Light For the Earth Shall Shine” is aided by guest appearance from Enslaved’s Grutle Kjellson, thus turning it into the album’s clear break from the somewhat chaotic angle presented from the band.

…On the Coming of Darkness could be deemed a success if we’re taking into account the album’s overall execution, that of which is practically flawless. There’s nary a misstep on these nine songs

, yet there’s no real high-water mark, or anything that would make Nine Covens more than your garden variety black metal band. Therefore, perhaps it is better that the parties involved remain anonymous…don’t want to sully anyone’s reputation. 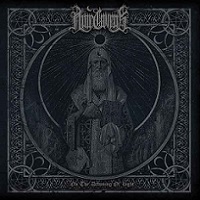