French metal is more than Gojira, my friends. There is a long history of traditional, power, thrash, and death acts, many of which made an album or two and fell by the wayside due to product glut, language barriers, or lack of proper management/promotion opportunities. Nightmare come from that bygone era; starting in 1979 and hitting the scene again for a second go around in 1999. Their ninth studio record The Aftermath has more of a U.S .foundation in terms of melody and heaviness approach, although there are certain chorus and harmonic nuances firmly entrenched in their European heritage.

A lot of the core guitar crunch and attack falls in line with various eras of Nevermore and other offspring, a power crunch-meets-gallop riff nature from guitarists Matt Asselberghs and Franck Milleliri that works seamlessly on the addictive “Necromancer” and sinister “Digital DNA.” As a vocalist, Jo Amore will never be mistaken for being one of the smoothest crooners a la Dio or Dickinson – his delivery, trailing notes and personality more in line with say David Wayne of Metal Church or a clearer Randy Rampage during his Alice in Hell heydays on the energetic “Ghost in the Mirror” or slightly exotic, rhythmically progressive “Bringer of a No Man’s Land.”

A major weakness comes into focus when the band chooses to explore lighter fare, even if it’s in minor parts like the introductory verse or symphonic keyboard background parts to “The Bridge Is Burning,” as Nightmare do not possess the right skill set or range to pull off somber, emotional material in a convincing fashion. Fortunately the album concludes on a couple of headbanging numbers as “Mission for God” and the swirling double bass propelled “Alone in the Distance” should keep power maniacs madly championing Nightmare’s output.

Slightly stronger than 2012’s The Burden of God, Nightmare possess the right tools to appeal to that classic power fan who wants things a little heavier and grittier – and there are enough fringe people to gather that cult audience. 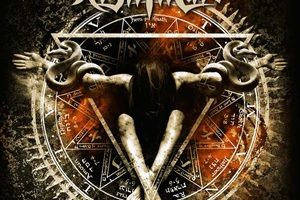 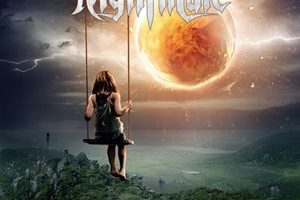