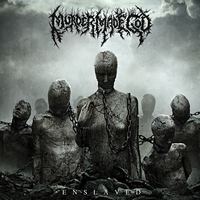 Greek brutal death act Murder Made God isn’t out to charm the masses with innovative angles or avant-garde experimentation. The band’s second effort, Enslaved, sees the band doing what they did last time around with Irreverence. It’s not a bad thing though. As they say, at the end of the day it’s nice to get into those comfy ole sweatpants and lounge around, or in this case, unleash havoc upon all of the objects in your living room.

Murder Made God takes the intense brutal and sometimes groovy riffing structure of Decapitated (more their recent material than early days) and combine it with some more American-based material. As one could expect, there’s some high-octane fun to be had with the tracks within. Able to fling chunky mid-tempo poundings (“A Morbid Institution”) along with faster, blast-intense ferocity (the title track), things are kept a-movin’, with no track reaching past the four minute mark. For what it’s worth, the songs keep a good deal of dynamic moving forward, even if they do travel down familiar pathways. There’s plenty of brutality, yet there’s usually a groove or riff that will catch your ear as you listen. The vocals are what you’d expect, but they fit the bill nicely, much like the production that enhances the bottom-end of the guitars a little bit to bring out some added brutality.

The name of the game is brutal death metal with Enslaved, and Murder Made God has the chops to make it a worthwhile jaunt. It doesn’t further the genre per say, but those into this style can expect the best of what’s around and the welcoming runtime assures you’ll be ready to come back for repeats. 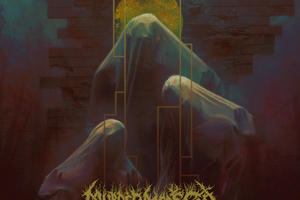