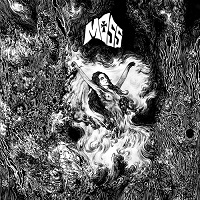 The search for the next Electric Wizard has yet to materialize. It could be for a number of reasons, the most obvious being that there is a limited number of bands with the warped sense of distortion and songwriting cues that EW has in their bellies. This doesn’t mean they’re any good (they aren’t), but their influence is as apparent as ever in the sounds emanating from the current stoner/doom scene. Naturally, Southampton’s Moss are next up in the Electric Wizard race (the Rise Above banner was a dead giveaway), with their Horrible Night platter sounding every bit as distressed and ragged as expected.

Part and parcel with doom of this nature is the guitar tone, and Dom Finbow’s guitars are drenched in sod and feedback. His turgid tone of terribleness needs little to get activated; the Brit probably nudges a string a bellows of sound come from it, which probably explain why the bulk of his riffs are simplistic as they come. Furthermore, the riff cupboard is practically bare, leaving singer Olly Pearson to shoulder the brunt of the work. As luck would have it, Pearson’s rangy, ethereal doom cadence saves the day for Moss – just have a gander at his ghostly ruminations on “The Bleeding Years.” Someone put something in the man’s tea!

Horrible Night has all the excitement of an elderly book club, but is savage and nasty enough to join the doom rank and file. Something like this could only come from the harsh, windy landscapes of England. Probably explains why everything there is so freakin’ glum…