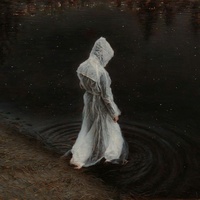 The quest to be the heaviest band on earth forges ahead for some, many of whom will be enjoying the spoils of hearing aids in no time. Heaviness doesn’t always equate to quality, unfortunately, something we’ve come to learn thanks to the unnecessary glut of doom/sludge bands who are utterly clueless as to what dynamics are. But that’s okay – that’s really their solo MO – to be heavy. Somewhere in this morass in Sweden’s Monolord, who are comprised of former members Marulk and Rotten Sound. What was once a side project formed in 2013, has turned into a serious band, with Vænir emerging as the band’s second full-length release, following up last year’s Empress Rising.

The indestructible wall of sound created by Thomas Jager will no doubt be the first thing to spring to mind when factoring Monolord into the sludge/doom equation. It’s simply monstrous and perfectly immobile, generating the type of boulder-pushing sound needed to carry along simplistic riffs as found on opener “Cursing the One” and “We Will Burn,” which turns in one of the year’s heaviest moments thus far around the song’s 5:10 mark. And Jager opts for clean vocals, although they’re firmly placed in the back of the mix, probably just as means to get the fuck out of the way of the guitars.

Later album tracks such as “Died a Million Times” and the closing title track introduce the dreaded plod-and-bore approach. Forever doom’s Achilles heel, the behind-the-beat, quasi tripped-out blend found on these two songs don’t do Monolord much good. Both are unengaging tracks, and listless to a fault, nearly erasing the promise demonstrated on the album’s front half. But such things are par for the course sometimes in doom, where convention almost always gets in the way of progress. Should Monolord come to terms with how undeniably heavy they are, maybe these things won’t happen again… 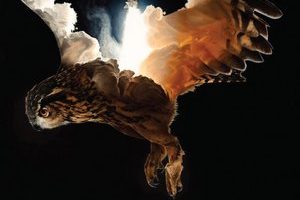