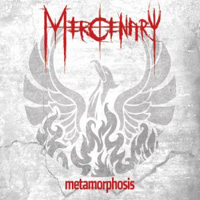 This Danish act epitomize the “underrated” moniker in the metal world. Their sound has enough rambunctious hooks and fierceness to achieve a broad cross-section of appeal, and yet in the United States they couldn’t get their last album Architects of Lies a proper release. After a surprising shakeup with three members leaving in 2009 (most notably keyboardist Morten Sandager and vocalist Mikkel Sandager), bassist Rene Pedersen has the ultimate task to provide clean vocals to his normal growling duties and the newly pared down quartet look to plunge ahead with their melodic death power sound.

Never complacent, “In A River Of Madness” features full on free flow piano soloing and ventures into addictive Soilwork meets Nevermore riffing ecstasy with just the right melodic and gruff vocal balance. Newer drummer Morten Lowe lays down some thick percussion tricks with his snare, cymbal and double bass action, especially evident towards the concluding measures of “Memoria.” Even when they slow the proceedings to a mid-tempo crawl, the listeners will definitely know when to stomp, shout or obliterate in the pit to tracks like “Velvet Lies” or “Shades of Grey.”

And Pederson lives up to Mikkel’s Sandager’s clean standards – oftentimes mirroring the best 11 Dreams days with his emotional delivery and ability to hold notes in a multitude of ranges. Lead guitarist Martin Buus doubles on keyboards now for Mercenary, infusing the material with some charging synth work on opener “Through the Eyes of the Devil” while alerting the veterans this is still an electric guitar-driven band at heart.

Six albums into their career, Metamorphosis shows Mercenary know their style and aren’t fearful of climbing back to the top after a lengthy layoff. Hopefully with new record deals in place, they’ll be able to venture here for a tour or two and move from merely an unknown entity, into the ranks of headliner.