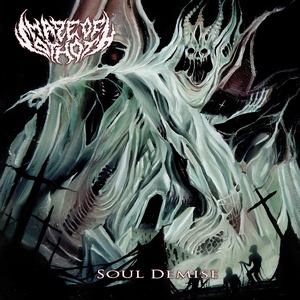 Italian death metal you say? With a precedent of bands that come from the region playing fast as all get out death metal (Hour of Penance, Hideous Divinity, Fleshgod Apocalypse) with a flair for the technical, it’s interesting to see a band that is more cemented in the old as it is the new. Consider Soul Demise a case of speedy death metal that harkens more to the past than a new school ripper.

Rooted heavily in the Morbid Angel tradition, Maze of Sothoth command lightning-speed riffs with a dabbling in quasi-technical material that should satisfy both old and new school fans. They keep the heavy tone in mind always, whether it’s firing off an eerie/melodic solo (“Multiple Eyes”), frantic speeds (“Blind”), or occasionally slowing things down with some groove (“Seed of Hatred”). In fact, it’s where the band drops tempo that the heavy side truly comes out and delivers some memorable riffs. The speed factor is always nice, and Maze of Sothoth pull it off as well as anyone, but the slower sections give them more room to breathe and expand upon their sound. If there’s one major fault to the album, it’s that it seems to lack identity. It’s death metal, plain and simple, but doesn’t do much outside of said purpose. While some may in fact view this as one of the band’s most solid qualities, it would be nice to see them move further away from the Morbid Angel-esque mold with future recordings.

Those looking for a straight-forward effort in both speed and brutality rooted in a more timeless tradition will find some pleasure from Soul Demise. It doesn’t ever move outside of the death metal tropes, but for what it is – consider it well-done in reference to keeping those traditions firmly in check and having a tight songwriting execution.