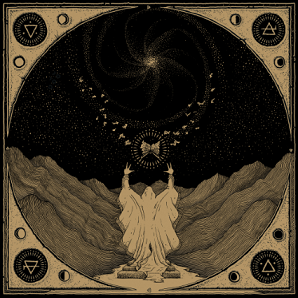 Lotus Thief’s high-art, high-concept, and high-blend musical style basically forces one to use his or her noggin’. Conceptually, the San Francisco-based outfit pull from “age-old texts, intentionally exploring the world of the past while weaving threads to the present,” including the Egyptians, medieval times, and Aleister Crowley. It’s fitting for music that is quite exploratory, merging the worlds of black metal (of course), avant-garde, and ambient music. We’d make the initial comparison to Arcturus, but Gramayre dispels that, along with any other comparable.

Featuring Otrebor and Bezaelith (of Botanist, the polarizing “green” black metal band), along with Iva Toric, Lotus Thief employ dueling female vocals to tremendous effect. The layering, placement, and spatial melodies on display on a jam like “The Book of the Dead” is utterly mesmeric. A winding, curving song that works off a foundation of post-doom churns, “The Book of Lies” highlights an album that works best when operating in the free-range fields of effects-driven, space-y metal, if you will. A similar feeling comes down on “The Book of Lies” (a song inspired by Crowley), with a haunting vocal undertones again driving a song that is carefully constructed. (Further melodic guitar jaunts highlight “Idisi” as well.)

Closer “Salem” effectively brings Gramarye to a head, with a poignant guitar melodies and jazzy drumming, serving as the proper outro to an album that effectively leads into unchartered space-y directions for a North American metal band. But again, it’s the dominant, soaring female vocal interplay that highlights Gramayre, which emerges as yet another shot in the arm for adventurous, avant-garde metal. 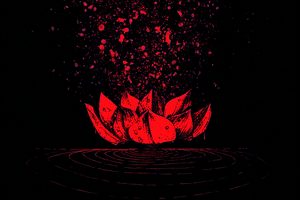