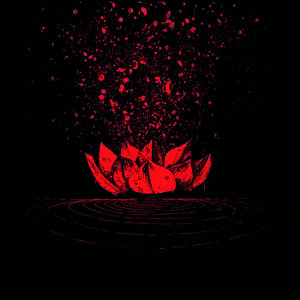 Now three albums deep into their discography, Lotus Thief have made a name for themselves as an avant garde, thinking person’s music. Their previous efforts have managed to defy a quick and simple classification scheme, and Oresteia is no different. Combining more extreme contrasts and heaviness this time around, they’ve still lost none of their unique setting or tone.

A slurry of influences that moves from black/post-black to doom to ambient and post-rock, Lotus Thief have a large palette in which they can craft a song, and Oresteia simply expands further upon it. There’s no real playbook or expectation as you enter a track, and it’s a joy to see where the band takes the music around the next bend. One thing that you can count on though, is that there’s never a lack from some moments of beauty within their heaviness. “Libation Bearers” offers some almost floaty moments amid some doomy riffs and pulsating snippets of near-black heaviness. “The Furies” also displays some pummeling moments, complete with raspy vocals and battering drums, only to ease back into some moody and electronically-enhanced doom/post-rock aesthetics with some graceful vocals. The music feels cinematic, and otherworldly at times (looking at you, “Sister in Silence”), and one thing that the band does an excellent job with, that many others fail at, is the interludes. There are three that alternate between the tracks, and while this could have made for a disjointed effort, they actually make Oresteia a stronger record – one that feels more flowing and sweeping in tone. It makes it feel more connected, rather than a series of tracks.

Oresteia sees Lotus Thief at some of their heaviest moments to date, but the added contrast allows them to further expand their sound into uncharted territory. There’s still plenty of what make the act an engaging one to start, and as such Oresteia should see them further garnering some positivity for their intriguing sound. 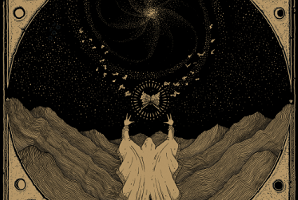