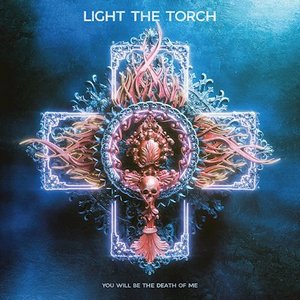 2018’s Revival was the first release for the act under the Light the Torch moniker (after two releases as Devil You Know), and likewise the band took advantage of the situation to tweak their sound a bit. Revival was more melodic and vocal-oriented than its predecessors, but also had a great batch of songs to push it forward. You Will Be the Death of Me continues in this direction, though also brings a bit more darkness to the table.

The strengths of Revival are still here, notably vocalist Howard Jones getting plenty of time to flaunt his powerful and quickly identifiable clean vocals. Despite some darker lyrical content, the band continue to push further into more melodic (and commercially viable) waters. “Denying the Sun” and “Living with a Ghost” contain some of the heavier moments this time around, providing that metalcore-esque dynamic the band built on last release. But many of the tracks really push the catchiness factor, and it does strengthen the band overall. “More Than Dreaming” and “Become the Martyr” are two tracks that really show the band at their best, be it with some heavier riffing in the former or allowing Jones to really draw out the emotions in the latter. To that end, the band is at their most playful with the cover of “Sign Your Name” at the album’s close. Bringing the song into a hard rock direction without losing the original’s intent and feel, it really sees them branching out quite a bit. Some other highlights include the emotive yet powerful “Let Me Fall Apart,” more sorrowful and yearning “I Hate Myself,” and soaring chorus of “End of the World.”

You Will Be the Death of Me is the strongest release from Light the Torch to date. It showcases an excellent sense of melody, and can dig into the heaviness when it’s appropriate instead of using it as a crutch. Those seeking some high-flying, addictive choruses with just enough bite in the riffs are going to have a blast with this.