Lifeblood – The Air in My Lungs (Self-Released) 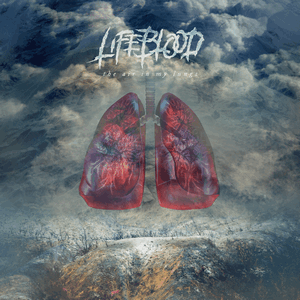 While many still look to the term ‘metalcore’ with some disdain from the slew of American acts after bands like Killswitch Engage and All that Remains saw some commercial success. But there’s also been bands more recently that would fall under the same tag, metal with hardcore elements, that are making things feel more fresh. Lifeblood are well on their way to contributing in their own way to this with their latest EP The Air in My Lungs.

While the EP is better served as hardcore with some metal elements, it doesn’t always just go down the bruising hardcore pathway. It surely exists, as blistering songs like “Exhale” and “Oscillate” attack with a blunt aggression and sometimes underlying metallic luster, but the band also finds themselves having more exploratory thoughts. Closer “Intimacy” may in fact be the strongest cut of the bunch, managing to balance a straight-forward hardcore edge with some melody and atmospheric vibes. It gives the song an emotive feel that some bands of this ilk have a hard time portraying without going into cheesy territory, but Lifeblood have a solid grasp on it with this track. Even within some heavier cuts, like “Laughing Stock,” there is a sense of melody within the madness, offering some memorable riffs that don’t feel cookie-cutter to keep things moving.

There’s only five tracks and an interlude, but The Air in My Lungs is a promising glimpse into where Lifeblood could go in the future. A further investigation of melody and atmosphere within their hardcore framework could bring them into a more unique space and really grab the attention of the scene itself.