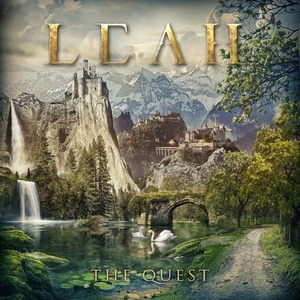 Going outside the traditional metal walls and boundaries has allowed Leah to build up a reputation in the scene without much outside help. Using a DIY ethos, her discography has built itself up even without touring to support her. The Quest emerges as her fourth full-length (with an all-star grouping of guests from Nightwish, Blind Guardian, Delain, and Orphaned Land), and casts just as strong of a magical spell as previous efforts.

There’s a reason why Leah has earned the tag as a ‘heavy metal Enya,’ and The Quest offers plenty of ammo to back up the claim (“Labyrinth” is a fitting example). Leah’s music is rooted in symphonic metal, but it’s definitely on the more ‘relaxing’ side of the spectrum. Instead of over the top bombastic qualities, the music is laced with ethereal Celtic vibes and of course, Leah McHenry’s soothing vocals. It’s the type of thing, that even at its heaviest (see “Ghost upon a Throne” or “Edge of Your Sword”), you can sit back and drift away into a fantasy realm. The cinematic qualities of the music are ever-present, and help in transporting the listener into this space. McHenry is an obvious focal point, but it’s also a deserved one, with some of her work with songs like “Heir” and the ‘Amazing Grace-esque’ “The Water is Wide” really showcasing how enthralling her voice can be. Yet, with the bevy of musical guests that contribute to the album, there’s more than mere vocals to lay to Leah’s claim. The 10-minute opening title track may seem daunting, but the build-up, interesting riffs, and musical diversity over its runtime help to not only establish the album’s vibe, but also serves as one of its stronger tracks.

While there’s definitely a portion of the metallic region that aren’t going to be hip to what Leah is offering with its laid-back vibes, there’s no denying her talent (and ability to surround herself with other high-caliber musicians). Leah has a sound that works for her, and the unique melding of Celtic/folk tones with symphonic metal is also one that many will rightly cherish for its beauty and sincerity.

Leah – Songs of Winters Past 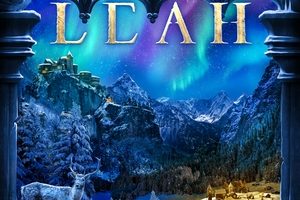