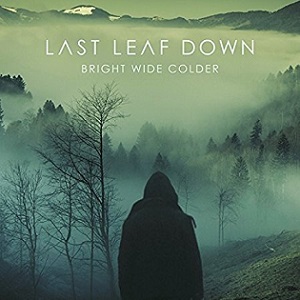 With shoegaze and its subsequent string of metal-infiltrating bands, the matter (or question) is not of quality, but how far down into the emotional doldrums can we go before it turns trite? The whole woe-is-me-while-staring-at-the-ground angle isn’t necessarily a bad one, but it has to have at least some form of conviction, which Swiss troupe Last Leaf Down certainly has. Bright Wide Colder is the band’s second full-length, a suitably downcast and drifty release. No light. No color. There you have it.

Having originally formed as a dark doom/death band with “a strong Katatonia influence” (so they say), Last Leaf Down have come rather close to the line of perfection for those soft, melancholic peddles. When combined with the somewhat monotone, unemotional vocal approach of Benjamin Schenk (he’s pretty much in one mood the whole time: despondent), it creates a cold, airy atmosphere. There’s little, if any heavy lift to the band’s riffs, so it’s often up to the aforementioned guitar textures to make headway, which they often do on the brooding “Purple Skies” and excellent “Deaf Heart,” perhaps the album’s most climatic moment.

Elsewhere, the strolling “Cold Wind” or the drum-based “Suspire” find Schenk engaged in regular bouts of melancholic wailing, while the alternative rock musings of “Not the Same” provide additional depth and (bleak) color. Clearly, Last Leaf Down are quite capable of staying in their unforgiving, forever-a-cloudy-day lane, making Bright Wide Colder a front-and-center shoegaze album for the heavier-inclined, or the not-so-heavy. Either avenue works. 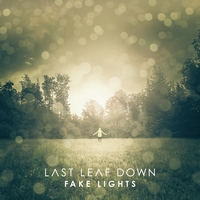