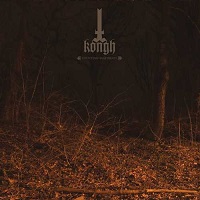 Katatonia’s Anders Nystrom has been seen wearing a Kongh t-shirt, which in DR’s tunneled/insular life, is probably all the backing a band needs sometimes. (Now, if Nystrom were caught wearing an Asking Alexandria shirt, then we’d have a problem.) The Swedish doomsters have enjoyed a stockade of critical acclaim, verbal kind-heartedness that isn’t hard to come by when you’re a.) From Sweden; and b.) Play doom metal. This isn’t Candlemass doom, though, this is decibel blow-out doom, with distortion running amok, speaker blowout, and the necessary plod to appease the downtrodden, facets that accompany the re-release of their 2007 debut, Counting Heartbeats.

Featured is the entire debut full-length, along with a bonus disc with the band’s 2006 demo work and 2008 split with Ocean Chief. Given the time in which Counting Heartbeats was released (2007), it generally comes out with flying colors, a half-step ahead of what was about to come via the onslaught of coarse, hoarse, sludge. And even with these now very identifiable elements in tow, the Swedes have a mangled clarity to them, as in, the riffs have a bit more sheen (check out the dripping riff runs of “Pushed Beyond”), and gravitational pull to them that by and large, keep the band separated from the pack. Even the 15-minute “Adapt the Void” managers to steer clear of that oh-so-loathsome mundane territory where a snail-like pace is the point of emphasis.

Limited to only 1,000 copies as a deluxe digipack, Counting Heartbeats doesn’t necessarily re-imagine Kongh in their present formation as it does supplant their reputation as one of the head Scandinavian mongers of this style. For a sound with such obvious limitations, Kongh prove that even on their debut, they do the best they can with the hand they’ve been (purposely) dealt. 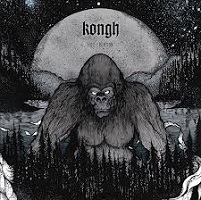 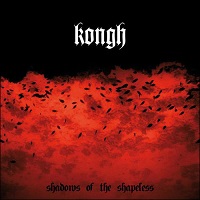