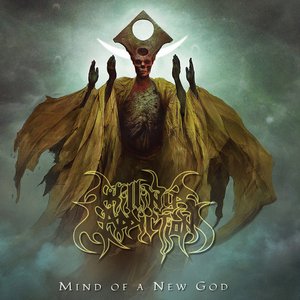 Describing the band’s first full-length as ‘death metal for death metal fans’ it probably comes as no surprise that their second effort can be praised in the same manner. This Floridian act knows and understands the old school American death metal scene, and Mind of a New God flaunts that knowledge in every way possible.

Potently aggressive, but still song-oriented at its core, the songs of Mind of a New God do carry their fair share of hooks to accompany the destruction. “Prophecy Armageddon” seems to grab at Incantation during their most chaotic and furious moments (even down to the ominous roars), and the melodic riffing below it has a sharp degree of playfulness to it. The band offers a number of grooves to dig into as well, in addition to the underlying melodic guitarwork, such as the grinding moments of “Altered at Birth.” Many of the cuts display the band’s full fury (“Lives Unworthy of Life” in particular) but the melodies work – all the while keeping things plenty aggressive. So when they do ease back a little, on the standout “The Chaos Older than Time,” the slower pacing comes across as more menacing and dark. It all comes together as a bounty of vicious yet memorable death metal.

Killing Addiction aren’t reinventing the style so much as simply polishing it to a ridiculous level of shine. The production, the melodies, the riffs, the bleak vocals – it all works in the band’s favor despite being able to cite references to other acts. Brutal, yet more fun than you might think it to be.