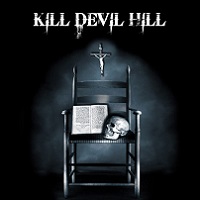 Pantera is more popular than ever, something that usually happens to bands who break up too soon. There’s just too many storylines for the band to die: Vinnie Paul versus Phil Anselmo, Vulgar Display of Power’s 20th anniversary, Rex Brown leaving Down, Hellyeah stinking up the joint, Zakk Wylde possibly taking Dimebag Darrell’s spot, etc., etc. Post-Pantera is a PR person’s whet dream if you think about it. Still, it’s a shame…one has to wonder how the band circa 2012 would sound like.

The aforementioned Brown has joined forces with former Dio/Heaven & Hell drummer Vinny Appice, guitarist Mark Zavon and vocalist Dewey Bragg (more on him in a bit) in the Pantera-lite Kill Devil Hill. In earnest, there’s just too much experience in the mix for this to bomb out, as the band’s basic song structures, penchant for vocal hooks, and occasionally heavy bursts make this debut better than expected. When was the last time someone said that about a Pantera spin-off band? (Not counting Down, of course)

The album’s 12 songs are pocket-heavy, traditional metal fare that in this cross-pollination market, is a rare thing. This is just straight-up metal (wow does that sound cliché) that hits hard on opener “War Machine” and brooding “Voodoo Doll.” Bragg has a little too much Anselmo in his vocals for anyone to admit, yet he’s workable, especially on “Rise From the Shadows” and the acoustic “Mysterious Ways.” Had Bragg ventured into tough-guy territory, then there would be some issues, but he’s more Down-Anselmo, than Pantera-Anselmo.

With an album that is just enough familiar-sounding to make old believers pay attention, Kill Devil Hill might enjoy a significantly longer shelf life than expected. You can sense the Dio-meets-Pantera acumen here; it’s obvious right from Appice’s drumming to Bragg’s soulful vocals. In the end, it’s the song that counts, and Kill Devil Hill has ‘em.