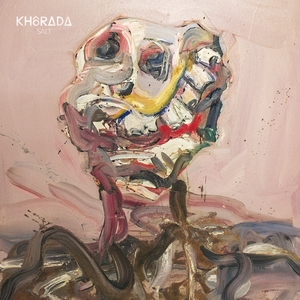 Based on Khôrada’s album title Salt, let’s break this down on a scientific level: salt (sodium chloride) being the product of sodium (in this case Agalloch) and chlorine (Giant Squid). Both bands dissolved a few years back, and as such, fans of both acts have been eagerly awaiting what said members would do next. Containing three fourths of Agalloch (all but Jon Haughm of course) and Aaron Gregory, one needs to remember the principles of a chemical reaction – you don’t get a product that’s simply a mixture of the two reactants but one that contains new properties of its own.

Thus, don’t expect Khôrada to sound exactly like Agalloch or Giant Squid. There are certainly some similarities in atmosphere at times, and Gregory’s vocal execution is what you’d expect, but consider this a brand new beast. Continuing with the science theme, Salt does contain a cool concept in tow, involving the repercussions of climate change and consumerism, and our eventual extinction. As to be expected, these are not tracks to simply wade in and get maximum enjoyment out of on the first playthrough. Instead, Salt consists of tracks that need some time to simmer. While they never lack for a heavy edge, it’s much more of a slow/calculated burn to the vibe overall, with songs building up to certain moments (a la the 9-minute “Seasons of Salt” with an explosive culmination near the end). It does make the songs have a certain significance to them, but there are also a few points where things seem a bit elongated without meaning. Lastly, there’s also some sonic differences by the end of the album as well, which does work to the band’s advantage regardless, with “Ossify” being the most melodic and uplifting track to close things out.

Salt shows some potential for those who dug Agalloch and Giant Squid, and aren’t afraid to try something that’s new. While a few rough corners remain, its bound to stike a chord with the musically adventurous type.