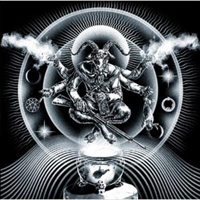 Blistering wonders how Karma to Burn felt about the surge of instrumental rock/metal bands that hit a few years ago…perhaps we should ask. Considering KTB were pretty much the only band out there with the gall to go without traditional vocals, methinks they regretted disbanding in 2002 (just a hunch). So here comes the good ‘ole reformation album in the form of Appalachian Incantation and it’s like the West Virginia-based power trio never left.

Like the old days, no songtitles are used. In their place are numbers and this time we’re in the 40’s, so every song but three (why they used “24” is odd…perhaps they like the show of the same name) is 40-something. No surprise here – desert, Kyuss-loving riffs still rule the day, as guitarist William Mecum rattles off some gnarly, doom-on-100 riff-action during opener “44” and the slightly 80’s-metal infused “46.”

In what is one of the more welcome returns of the year, Karma to Burn have aged remarkably well. There’s no tread on the band’s dune-buggie tires, asAppalachian Incantation proves itself to be wholly reliable and full of whallop. They’ll never reach the heights they could have 10 or 15 years ago, but it doesn’t matter – KTB are cult stoner doom, vocals or not. 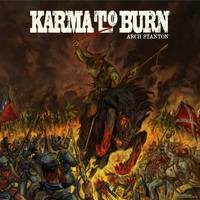