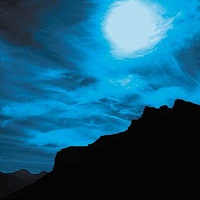 Hard to reconcile with an album in which the vocals are this porous, but such is the case for Germany’s Isolation and their debut full-length, Closing A Circle. On the surface, the band’s wintry mix of post-black metal is a sure-fire winner; the right balance between Enslaved’s gutsy atmospheric calls and the wide-open, but carefully constructed attack of The Olden Domain-era Borknagar. Yet, the nasally, often out of place vocals of Johannes Schmid is enough to kick the album down several pegs, unfortunately.

No one is going to find fault with Isolation’s time-keeping troubles, for dead-on-the-click black metal means you’re trying too hard, something that rears its head once the clunky double-bass work of the title track start to take hold. Isolation’s riff choices dictate the sort of aural plunge that doesn’t necessitate any type of fancy drum work (read: stay behind the beat, and it’s cool), so the moments in which the band try to syncopate matters is when musically, the struggles occur. However, the chilling tingles of “This Moment” and album highlight “Fan the Flames” prove that Isolation know their way around a qualitysong

structure, aided and abetted by those classic cold and calculated forest riffs.

Schmid is a constant burden throughout, employing several modes of vocals, none of which seem to work. When he moans during “Never Enough,” it’s almost enough reason to back out of the whole thing entirely. Same bodes for his attempts at doing any type of actual “singing

,” a term we should use loosely here. A standard growler would have worked just fine in this setting; it’s not like anyone listens to this type of music for the vocals.

We would be remiss if we didn’t mention how much more of an enjoyable listenClosing A Circle would be if the vocals didn’t spoil the whole thing. And given our long propensity to back bands

of this ilk (ex. the aforementioned Enslaved, Bork, Helrunar, Moonsorrow, et al), Isolation will be given a second-chance should they decide to something about Schmid’s singing. For now,Closing A Circle isn’t worth anyone’s time.