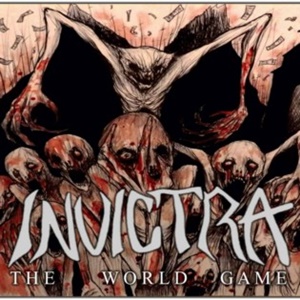 Hailing from Rochester, NY in the western part of the state, Invictra has been around since 2015 – releasing a self-titled seven song EP the following year as a precursor to this full-length entitled The World Game. This scribe’s first exposure to the quartet, who look from their promo photos/live action shots to be a young band of late teens to early twenty-something individuals – and musically cross-pollinate a style that contains heavy metal, thrash, and groove/modern strains.

Most of these songs possess a strong rhythmic attack quality that never forsakes a traditional hook aspect – the type of riffing and tempos for the media/political manipulation-oriented “While the World Went Black” as an example that steamrolls because of it’s Megadeth meets Overkill against Machine Head forcefulness on both the vocal and musical fronts. At other times the pacing resembles more of mid 80’s/early 90’s Metal Church or Metallica circa the black album, where power chords and tribal-oriented tempos/grooves carry the weight of musical movement – as guitarist Josh Zalar belches out the savage screams with raspy flavor for another highlight “Priestess of Delusion”. The key many times to gaining the listener’s attention comes in those first fiery moments and subsequent rhythms – and Invictra possess that captivation in the Priest-like salvos that mutate into a Megadeth-ish/Metallica flip flop during the 6:33 instrumental “Dominion” which can be thrash one second and crushing power with doom inflection the next. There are times where the songs can go a tad longer than necessary and where some trimming of the lead breaks would do a world of good as far as tightening the arrangements (place “Let It Die” in this category), but overall this ten-song record possesses dynamic versatility and a song first focus that keeps interest up from front to back.

If you choose to get the digital version, you’ll get two bonus cuts not included on the physical product – an updated version of “Crushing the Bones” previously appearing on the EP, plus a Megadeth cover “Tornado of Souls”. The World Game works because of its fresh blend of influences and keeping the proceedings very down to earth, allowing the listener to engage with a fine feast in the groove-oriented power thrash realm. 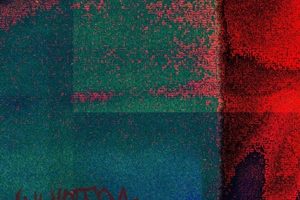 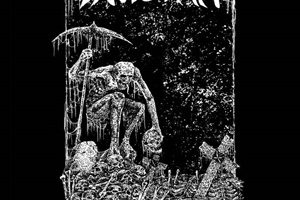