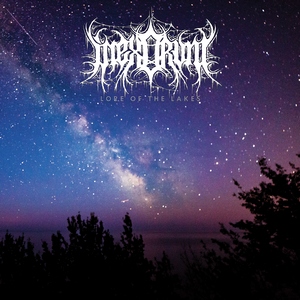 Seemingly travelling back into a time when melodic black metal ruled the roost, the debut of Inexorum is one that nods to the ‘90s Scandinavian scene in a way that speaks with reverence but not total worship. The brainchild of one Carl Skildum (who also plays live guitar for Obsequiae), with some help on bass from Matthew Kirkwold, it embodies that same essence of taking the listener on a darkened forest adventure without the excessive atmosphere of the modern ‘post-black’ movement.

Lore of the Lakes relies upon plenty of blastbeats and tremolo-picked melodies. In fact, much of the album is performed at near breakneck speeds, with some dips into some slower and mid-tempo done to keep everything from getting too familiar. The melodies can carry a rather epic tone to them (see “Let Pain Be Your Guide”) and the combination of some catchy melodies with the high-octane speed makes for a thrilling and enjoyable ride. There’s a sense of awe that accompanies the vicious playing, and like in the ‘good ole days’ of the ‘90s, there’s no real clean vocals to be found. The snarls toe the line between death and black metal (as do the guitar melodies in all honesty), and allows the music to really stand tall on its own. The production too takes things back a bit, but not in the sense that it becomes a fuzzy blur, but keeps that ‘90s aesthetic without setting for clumsy production values.

While not a ‘throwback’ per say, Lore of the Lakes owes much more of its existence to the Scandinavian heydays than much of the current blackened acts. Thus it gets a bit more room to spread on its own, and is sure to please those who are always on the lookout for bands that harken back to times of Dawn, Sacramentum, and Vinterland. 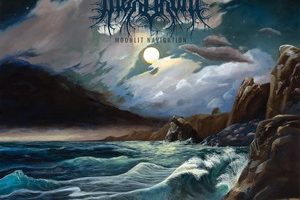