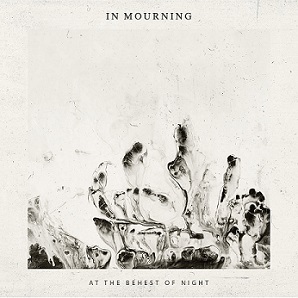 With Opeth seemingly forever lost to 1970s prog-rock meandering and indulgence, the Swedish progressive death metal mantle is up for grabs. It’s a bit of a head-scratcher since 2012’s The Weight of Oceans and 2016’s Afterglow are absolute heavyweights; full-bodied, capable, enthralling, adventurous doses of twisted death metal with a melodic and mild folk bent. But, really, all signs have always pointed to In Mourning, who, for whatever reason, haven’t moved up the ladder. And even though 2019’s Garden of Storms went down a notch due to some annoying clean vocals, In Mourning has bounced back on The Bleeding Veil.

The aforementioned clean vocals (handled by second guitarist Björn Pettersson) have wisely been placed better — there are no “light” moments here, which sideswiped Garden of Storms. Instead, Mr. Pettersson capably moves in and out of “At the Behest of Night” and “Solitude and Silence,” where he’s taking the verses, while his soft overtures on closer “Beyond Thunder” are welcoming. Lead guy and founding member Tobias Netzell carries the load (as he should), ripping off some full-bodied roars across opener “Sovereign” and “Lights on the Mire,” where the band’s rhythm section employs some clever beats and timing that segue into some quality melodic dynamics.

There are no searing monoliths (pun intended) at the level of “The Grinning Mist” (the band’s best song), but The Bleeding Veil clicks into place with a cohesive batch of seven cuts with a clear direction. Seriously, In Mourning are now the “everyman” Swedish progressive death metal band. They’ve filled the void. Will more people figure it out? One can only hope… 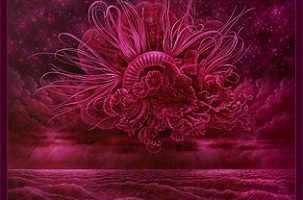 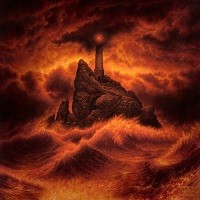