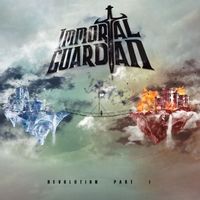 Sometimes albums just somehow stay below the radar. Revolution Part I, Immortal Guardian’s second EP, was released back in September of 2014. So it can only mean one thing if it is getting closer to the one year old point that a review is getting cranked out for this one: it needs some exposure and it’s worthy of your time.

Self-described as “super metal” (also the name of their first EP), Immortal Guardian stands on their own ground within the traditional metal framework. Taking the shredding approach of bands like Dragonforce and Cellador, sans the cheese of the former, Immortal Guardian frequently elevates things to high speed. Not afraid to incorporate some blastbeats from time to time either (as well as a few growls), they can find some appeal to both the traditional and more extreme crowd. There’s plenty of melodic hooks despite the initial blazing speed of “Beyond the Skies.” “Immortal” slows things down a bit, but never turns into traditional ballad-y goofiness. The track also features a fine guest appearance by Roy Z! The tracks also make good use of vocalist Carlos Zema, who has a strong range of vocals. He can hit the high-register stuff, but doesn’t need to in order to simply impress. He can go from melodic, sung vocals such as “Between Fire and Ice” to some bellows on “Victory Shore” to more traditional metal material on “Beyond the Skies” without strain or lack of emotion.

Perhaps a little late for the show, but Immortal Guardian are putting out some top-shelf, shredding metal with Revolution Part I. With their present DIY approach and tactics, it’s simply a matter of time before the right person notices and gets them to the next notch in the ladder to success. Memorable, fun, and full of both shred and hooks. 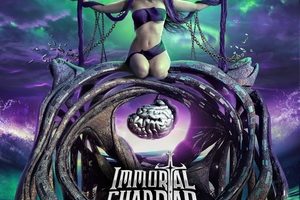 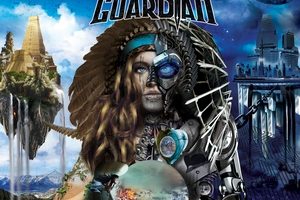