I AM – Eternal Steel (MNRK Heavy) 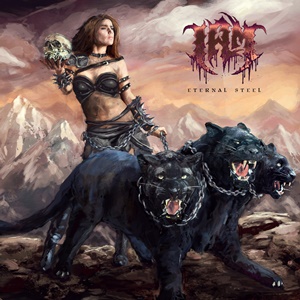 Genre blending has provided plenty of dynamic fuel to the fire in the heavy music industry as of late. Drawing influence from 80’s hardcore/crossover as much as thrash, death, and Southern groove/stomp, I AM hail from Texas, releasing an EP and two albums over the course of their decade-plus activity. Eternal Steel is the third full-length, an eleven-track exercise in ferocity, where attitude reigns supreme, exhibiting intensity on multiple levels as well as proving that heaviness can take on numerous forms, shapes, and transitions to successfully penetrate the aural landscape.

The chugging, churning riff machine guitarists Tom Reyes and Chris Burgess deliver track to track is the stuff that pins ears due to its abrasive yet clear command of electricity – equal parts Obituary or Sepultura enhanced as it may be pulling from the schools of Power Trip or Cro-Mags. The smart sensible drumming from Ian Scott always maintains a pocket groove/tempo mentality, even when throwing down faster double kick/fill intricacies tastefully – which along with bassist Erik Rodriguez provides a swinging foundation to latch onto the band’s material quickly. Then you have the measured low register growls plus savage screams coming out of the voice of Andrew Hileman – intertwining aspects of John Tardy, the late Riley Gale, and the rhythmic swagger of Max Cavalera in this swirl of spine-tingling madness. Whether switching between doom-paced meets Slayer passages one moment or crossover breakdowns the next during “Infernal Panther”, stomping heads for “Price of Pain”, or adding hypnotic echo/clean guitar lines to a distortion-fueled kicker with tasteful lead sequences like “The Iron Gate”, the versatility present ensures that boredom is not an option, organic tones another feather in the I AM camp to crank this for maximum sonic security.

Choosing to push parameters while establishing a firm stance in their given niche, Eternal Steel shines as another record that has firm respect for metal’s past, yet unafraid to move forward in a vicious, aggressive, body slamming mode. Expect I AM to gain traction as this translates seamlessly on stages far and wide. 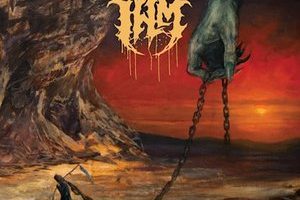