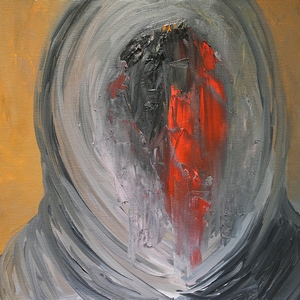 Fusing together hardcore, grind, and noise, Debt is also not a record that is going to go about doing much in the way of subtlety. The songs work as short bursts of energy, all but one (“Denied Sale”) sticking to the 1-2 minute mark. Caustic, angular riffs define tracks like “Worth” and “Grief Vultures,” where noisy, chaotic, and sometimes dissonant riffing spins your head around while vitriolic shouts fill the air. There’s really no let up from this process in the album (a benefit of the short runtime), and the grind aesthetic benefits from the hardcore grit and occasional leap towards mathcore/noise. It’s unpredictable and explosive, and while it’ll keep you guessing as to what will happen next, it’s not to the level where it feels like it’s not cohesive or a completely random string of riffs. While most of the album wants go zoom at full-tilt, the closing, 5-minute “Denied Sale” makes up for the lack of velocity with sheer grit and uncomfortable atmosphere that serves as a fitting service to the remainder of the disc.

You may have to want a bit of chaos in your life to lend your ears to Debt, but those seeking carnage will find plenty here. The unpredictability serves it well, and if you are into bands like Gaza, Converge, or Nails, Helpless will have some appeal for you.