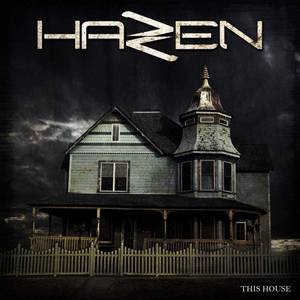 Arriving hot on the heels of their 2017 debut EP Undone, Arizona’s Hazen seem ready to make their mark up on the scene with another 5-song EP in This House. The alternative metal scene isn’t an easy one to necessarily stand out in, but their approach, as it continues to expand, should get them some deserved exposure within the scene.

With a sound that leans more towards the modern, with an emphasis on snarling grooves and thick metallic riffs, Hazen are effectively blurring the lines between hard rock and metal. Think something along the lines of Kobra and the Lotus with more groove for reference. The five songs presented here focus on energetic riffing with just enough edge to make you bang your head while keeping it melodic enough to appeal to a wide audience. Each song seems to have a choice riff or two (the driving and anthemic riffage of “My Fire” as one example), a serious strength with this type of act – one that tends to divert most of the attention towards their vocalist and leave the music as a back-up plan. But when it comes to vocals, Kayla Hazen does deliver the needed goods. Compared with some of her contemporaries, Kayla’s vocals have some more grit and attitude. It’s a refreshing change of pace, and they work well within the context of the groove-based, crunchy riffs of the music. At the same time, there’s still enough sweetness to be found when the music takes a quiet turn (such as the build to the title track).

A strong beginning to a band that’s sure to make more of a name for themselves as word of mouth gets around. Heavy enough for the metal crowd, melodic enough to reach out to the hard rock community, and varied enough to stand out. This House proves Hazen as a band to keep an eye out for as they continue to progress and evolve.