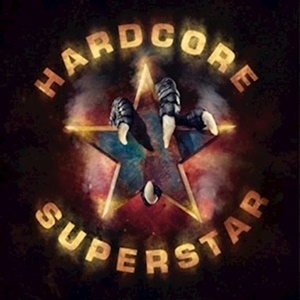 Avid heavy music followers remember the Swedish metal/hard rock movement during the late 90’s/early 2000’s where musicians combined a street level metal credibility through the melodic nuances and hooks of melodic hard rock and glam/sleaze influences. One of the leaders for that style Hardcore Superstar has released eleven albums to date, including a push on Nuclear Blast during 2009-2013 for three records. While remaining dormant without a stateside deal for a little while, the latest record Abrakadabra sees the quartet sitting in that familiar street metal pocket – developing ten more sinister cuts of hard swinging, addictive action to cheer, stomp, and shout along to.

Imagine the energy of thrash and traditional metal colliding headlong into bluesy-based riffing, groove tempos, and gritty/catchy vocals chock full of gang-spirited, easy on the ear choruses and that’s what you’ll continual get from the band. The higher-pitch melodies pouring from singer Joakim ‘Jocke’ Berg possess that Sunset Strip late 80’s spirit (think LA Guns/Guns ‘n’ Roses) put through a European lens – infectious during the highway ready “One for All” while masterful, sharp, and vicious during a more metallic affair on the follow-up “Dreams in Red”. Subtle keyboard strains infuse a marching build up for a strong riff-tastic start with the title track – guitarist Vic Zino laying down sweet, crunchy licks while weaving in a ripping solo that has equal parts Ozzy to Metallica in feel and execution. Occasionally an obvious commercial-oriented track like “Forever and a Day” rolls easily down the aural landscape, although heavier material is never far behind, as “Give Me a Smile” illustrates, the main musical hooks and subsequent transitions providing those slamming hard grooves and guitar harmonies against a simplified, sleazy chorus. The tones and production values give Hardcore Superstar that semi-polished meets in your face atmosphere that can appeal to multiple factions of the hard rock/metal community – ready to launch across any stage that sees fit to have the band play.