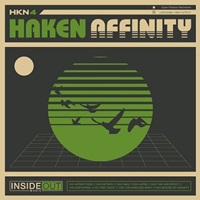 Ideally as a genre progressive music should be about expanding parameters in terms of ideas and execution, developing a sense of freshness through successive exposures to the same composition. Interested in everything from crazy alcohol rainbow pigs and listening to 80’s cowboy rock beyond pushing boundaries (straight from their official Facebook account), United Kingdom’s Haken have been a staple on the progressive metal scene since their inception in 2007, fairly quickly establishing a reliable discography and live presence through three previous full-lengths and an EP in that time frame (Visions and The Mountain meeting deep approval through these ears).

Affinity again amazes because of the quintet’s wide-reaching influence tree – willing to go the distance in terms of establishing the right feel through throwback tones and robotic elements for instance in the nine-minute plus “1985” where the rhythms can be quite jumpy and intricate while the keyboards and melodies make me think of everything from Gary Numan to Toto. Following up with the occasionally quieter, more straight forward “Lapse” establishes the lighter, ethereal qualities that Haken can also serve up, sparse notations and AOR-oriented uplifting vocal melodies from Ross Jennings making this a delight, even when the electrical proceedings kick in.

In an hour long album affair, it’s best to sandwich longer material around shorter, tighter constructs. Affinity succeeding in that regard as “Earthrise” and “Initiate” pony up brilliant time signature manipulation and layers of keyboard, guitar, bass, and drum segments while honing in on proper hooks from both a vocal and musical outlook so that it’s not mere musical / look at me now worship. Of course the centerpiece is “The Architect” at 15:40 – the opening three-minute instrumental section a feast for the Dream Theater/ Spiral Architect ages in terms of rhythmic mind-altering and guitar/keyboard fleetness, the verses and choruses having a slight djent feel in a more straightforward context, while again cyber-oriented vocals come into play, keyboardist Diego Tejeida presenting a fluid, breathtaking solo.

Much like their contemporaries Leprous from Norway, Haken are the front runners in today’s progressive metal scene – outdistancing themselves from Dream Theater who appear very complacent in pushing the parameters of the genre. Affinity could be tops in this particular style for the year. 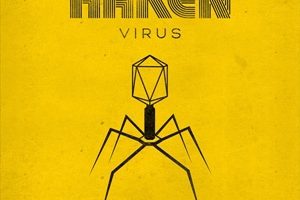