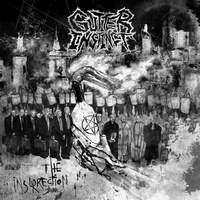 With all the current hubbub about old school death metal, the need for bands to expand the palette a bit with different influences is becoming more and more apparent. It’s no longer okay to simply ape the masters (Gruesome is a current exception to this), and each band needs to put its own spin on things to really get out there. Gutter Instinct is the latest band on the chopping block on this front, with their recent signing to Prosthetic Records. Their debut EP, The Insurrection, straddles the lines of what is truly “old school” and should serve as a fine introduction to the band.

With four tracks total, it’s clear that the fat has been trimmed. All the songs on The Insurrection carry an immediacy to them, giving the impression of a march to war. The Sweden band knows its origins, but along with the older Swedish influences, there’s a swath of American influences, such as Cannibal Corpse, that aid in creating an offering that is more on the brutal side than you might expect. Rolling grooves and mid-tempo riffs are where Gutter Instinct seems to shine (see “The Invisible Hand”), but the band is certainly capable of speeding things up (“War Command”) when needed. Standout track “We Hate You” features the most headbang-friendly riffs just before the two minute mark, along with the easy to shout along chorus.

A promising introduction to Gutter Instinct, The Insurrection hits all the right death metal sweet spots. As always, the question is whether they will be able to keep the momentum up over the course of an entire album, which is slotted to hit the streets hopefully later this year. Time shall tell. 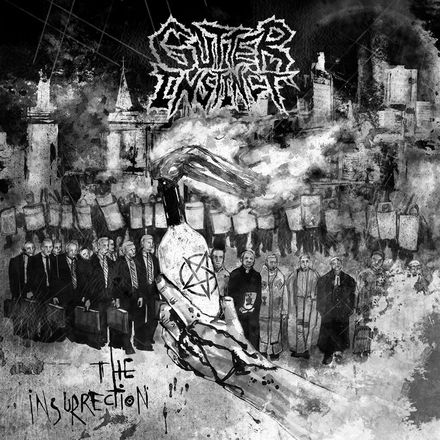