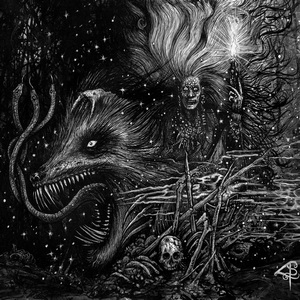 One look at the cover of Grafvitnir’s latest album, Obeisance to a Witch Moon, should give the listener some idea of what is to be discovered in the following nine tracks, black metal with no compromise. Grafvitnir don’t go all-out assault ala Marduk, but they do take various notes on OTAWM from other Swedish co-conspirators (with Satan) such as Necrophobic, Dark Funeral and Setherial.

Opening the gates with “Lightbringer”, Grafvintir put their best foot forward with semi-melodic black metal. The guitar melodies that drive each track are just melodic enough, adding flourishes of very capable playing that couple well with the rhythm guitars, but not venturing into an overly melodic territory. This is either a good or bad thing depending upon your personal tastes. Fans of the more orthodox full on assault will absolutely love what Grafvitnir are doing here. However, I found OTAWM lacking those small steps into a chorus like section that would have elevated this release from descent to excellent.

The nine songs, all in the 4-5-minute range, are well executed and the production is a perfect mix of clear, but with enough rough edges to still call this real black metal. After a few spins of this album I did find a lot of the material blended together after time, and though the guitar melodies do differ on each track there weren’t enough song writing dynamics throughout OTAWM to keep me fully engrossed. The one exception was the black and roll portion found on “Nigrum Ignis Serpentem”, which was a nice change of pace.

In all, Grafvitnir do create a very capable slab of black metal that harkens back to the ‘good old days’ and, my personal tastes aside, create a capable album that may captivate depending upon what you’re looking for in the limitless abyss. 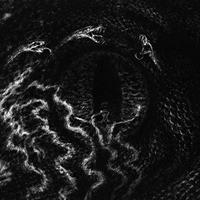