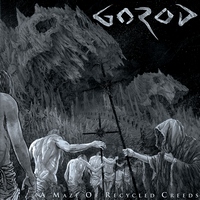 If one was asked about who the leaders of the tech death scene are, it’s hard to believe that Gorod wouldn’t be one of the top picks. Having reached the upper echelon over the course of 4 increasingly fantastic albums (with 2012’s A Perfect Absolution taking top honors in this scribe’s book), A Maze of Recycled Creeds has a lot riding on it. Though it comes as no surprise that Gorod are up to the challenge.

Again centering themselves around a concept (this time it’s the writings of Rosicrucian Sâr Merodack Joséphin Péladan), Gorod manage to come up with what can only be described as ‘thinking man’s death metal.’ Keeping the funky, jazzy underbelly to their rather tech-infused approach, Gorod often push the boundaries of what could be considered acceptable in the genre. Many of the tracks hold a melodic consistency that nears melodic death metal if it weren’t for the thoroughly complex and proggy riffing. “Celestial Nature (along with its additional twin-guitar harmony alternate version),” “Inner Alchemy,” and “Dig Into Yourself” are just a few of the songs that you’ll be hard-pressed to remove from your brain with their almost bouncy melodic leanings.

Gorod has also progressively stripped away the ‘heaviness’ from the guitars, with A Maze of Recycled Creeds offering some of the most ‘clean’ sounding guitar to date. Certainly the album still has plenty of bite, but it’s interesting to hear the change over time and they have the chops to keep things interesting (plus the added, audible bonus of the fretless bass’ role). Lastly, vocalist Julien Deyres has seemingly come into his own with this album, firing up a varied approach equal to that of the often frenzied music behind him.

It’s worth noting that A Maze of Recycled Creeds is an album that you will have to do some work for. Nowhere near as immediate as its predecessor, it will grow by leaps and bounds over the course of a few listens. But those looking for an immediate hook (like say, Absolution’s “Sailing into the Earth”) will need some added patience. Highly worth the effort though, as Gorod continue to evolve and progress while others are content to ride their coattails. A Maze of Recycled Creeds is one of the year’s strongest tech death offerings, and a worthy contender to A Perfect Absolution’s throne. 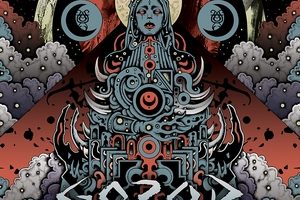