Wednesday, 5th May 2021 By Katarina McGinn 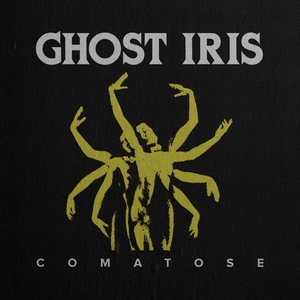 Interesting to see how a term like metalcore has evolved over the years. It used to really be a pretty specific quality, but as it has grown over the years it covers a wider (and arguably more genuinely metallic spread). A band like Ghost Iris certainly falls into the metalcore sound, but the incorporation of a number of more modern elements from across the board ensures that their fourth album, Comatose, is anything but ordinary.

From soaring, melodic peaks to rumbling breakdowns to dabbles in more modern prog territory, Comatose has a lot of diversity to take in. After a brief intro, the band wastes no time in delivering some hard-hitting mid-tempo grooves that have a modern flair but feel more akin to say Jinjer than that of Killswitch Engage. Playful guitar melodies then explode from the chorus along with the clean vocals and offer the listener an enjoyable competition of complimentary sounds. Many tracks carry this same leverage of providing some ear-worming melodies that contrast well with some utterly destructive moments. “Paper Tiger” has some stomp-worthy riffs, reaching almost to deathcore levels with sheer heft, while “Cold Sweat” puts it into more of an upbeat and bouncy groove that comes across as just as catchy as it is devastating. In addition to the more melodic and soaring choruses, “Ebb/Flow” stands out in its total commitment to the melodic side of things. It still keeps an enjoyable amount of heaviness to the bottom end at times, but veers into an almost poppy conglomeration of the two aspects in a way that fits the band’s sound to a tee.

Whether it’s core or modern metal or prog, Ghost Iris have plenty to offer with Comatose. It manages to bring in lots of massive riffing to grab your attention with its visceral aggression, but still finds a way to sweep you off your feet with some graceful and melodic moments. A strong combination that is bound to propel them to even higher levels in the future.