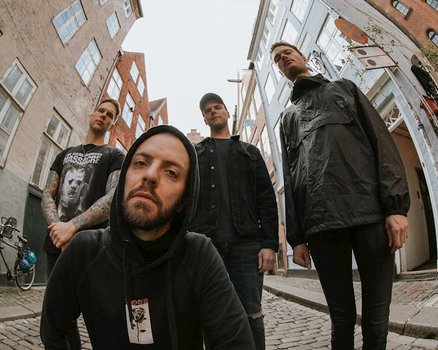 With a sound that’s both immediate and visceral, Ghost Iris take an energetic approach to modern metal. Driving grooves and breakdowns, occasionally proggish riffs, and soaring clean vocal choruses. A bit of everything, and the band makes it work into something that’s their own. Their fourth album, Comatose, sees them at their finest form to date, providing an experience that’s both memorable and urgently heavy. We spoke with vocalist Jesper Vicencio about the release, the band’s dynamics, the scene in Denmark, and more.

Dead Rhetoric: As your fourth album, what’s special about Comatose?

Jesper Vicencio: First of all, I know it’s super cliché to say, but I feel like we have matured. We have definitely developed our sound. Most of the time progression is positive, but regression can sometimes be positive too. We have simplified our riffs a bit more and refined them to be very hardcore style and not as much noodling and Periphery influence. We dig them very much as a band, but I think it’s a more raw sound. Some of that can be attributed to the mix of the album, he did a tremendous job, along with the fact that we have all developed a lot as musicians as well.

Dead Rhetoric: I like what you mentioned with regressing. Sometimes it’s just a matter of finding what works. This album has that raw energy to it where you can push a little bit harder and some more proggy stuff would just get in the way.

Vicencio: For sure. We always do what feels good. Then we just go with the flow in that way.

Dead Rhetoric: So how do you feel the band has changed over the years?

Vicencio: We have all gotten older that’s for sure [laughs]. Time saves no man. We have gotten more mature and we feel that the music has stuck with us.

Dead Rhetoric: Could you talk about having Mark Hunter guest on “Desert Dread.”

Vicencio: It’s a brave new world with the internet. You have everyone at your fingertips. It was Nicklas, our guitar player, who reached out. Mark dug what we brought to the table, and that’s basically how it was. There’s no crazy story behind it or anything, other than he replied even though he could have just chosen not to. He dug it, and we felt pretty proud that we brought him back out of retirement a bit – he’s been doing a lot of photography and music has taken a bit of a back seat for him. That’s how that happened.

Dead Rhetoric: One song that stood out to me was melodic cut “Ebb/Flow.” Anything you can say about that song in particular?

Vicencio: When we went into this studio, there was this section that really called for growls/screams. So we were going to do that in the studio, but then we said screw it. We decided to do a 100% clean vocal song. Even though one part called for it. We wrote a spot in the studio and then we laid the track down and it came out great. It’s one of my favorites, personally. It’s the first song we have done with all clean vocals. There are a few with all screamed vocals, like “Paper Tiger.” “Ebb/Flow” wasn’t going to make the cut for the album initially, but we thought it brought a nice variation and dynamic as a whole, so we decided to make it a part of Comatose anyways.

Dead Rhetoric: With that in mind, how important is the dynamic between heavy and melodic?

Vicencio: We have always been a band that is all about contrast. We dig a good chorus that’s super catchy, some might say poppy but I don’t know. At least a catchy, clean chorus. But we also enjoy super heavy stuff. Our three bands that we all dig as a band, we call it “The Three M’s” – Meshuggah, Misery Signals, and Michael Jackson. It’s funny because Michael Jackson sticks out [laughs], but those are the three artists we carry with us in Ghost Iris, when we aren’t writing in our music brains.

Dead Rhetoric: You can only get too far if you are just listening to metal. The nonmetal stuff might make you thing about doing something differently that you might not otherwise think of.

Vicencio: Agreed. Meshuggah is quite heavy, dissonant, and dark. Misery Signals are also heavy but have some melodic guitars and occasional clean vocals. Michael Jackson is of course, the King of Pop. One of the most listened to artists in the last 30-40 years.

Dead Rhetoric: Where do you pull your lyrical inspiration from?

Vicencio: I’m not necessarily a big poet guy. I don’t take any themes from poetry, and I’m not a big book reader either. So I would say it’s just me. It’s what I think and how I view the world. It’s like looking through a window. I don’t take much inspiration from anyone. It’s more just worldview, politics, opinions…the mind of me.

Dead Rhetoric: Any tracks you feel especially strong about on Comatose, from a lyrical stance?

Vicencio: I feel strongly about a lot of Comatose, as it’s our best album so far. I love all of them, but “Cold Sweat” was written during the whole Corona thing. I’m not a tin foil hat guy, or an anti-vaxxer, or anything like that because there’s no substantial evidence for that, in my opinion. But it seems like people are very much asleep in a sense. Ask questions, don’t take everything at face value. Do you research, and don’t let the government do everything to you. It’s not a tyrannical government, but there are not at all perfect. So I feel strongly about that song since it was inspired by the past year.

Dead Rhetoric: There’s been a number of videos released so far. Is this to aid in raising awareness due to COVID?

Vicencio: Normally, it would be very classic to release 3 singles before the album. We have done that before each of our albums. But this time, we thought to release a fourth one, because of the pandemic and the fact that we cannot tour. It sucks – we love playing live. Our show is always about giving 100%, but we have to make do with what we have, and luckily we have the internet. So we can heavily promote through the internet.

Dead Rhetoric: You’ve stayed pretty consistent with putting out new releases about every two years. Do you feel that helps, particularly now?

Vicencio: Yeah, it’s always been very deliberate. If you look back, we have released all of the albums around the same month too. I’m not a business guy but I understand this is a good time – after Christmas have settled down and people are back. It’s probably harder now, because there’s a lot of noise now – everyone wants to release something now because as musicians that’s all they can do. They can’t go out and play. It’s almost like a tradition at this point to release something every two years. It’s not too long or not too short, and of course the material has to be good.

Dead Rhetoric: This is tough because it’s not happening now, but what kind of a setting or mood do you try for when the band is playing live?

Vicencio: It depends on if we are doing a support tour – where we have only 30 minutes to play. We call that the ‘kung fu’ set. It needs to be punchy, and there’s no reason to have much dynamic when you only have 30 minutes. It’s all about the display of power and going out to kick ass. When we have a longer, headline show, we like to work in some dynamics so we can also breathe, since it’s very taxing on the body to go crazy for a whole hour. A half hour we can do, but we aren’t getting any younger. We want to put the other bands to shame with the support slot, with that display of power…while keeping the playing great and the dynamics in balance. The better you get, the more you can go nuts while still playing well.

Dead Rhetoric: What do you feel are some of the band’s strongest suits?

Vicencio: Contrasts, once again. I think we are very good at keeping it fresh and exciting, and not so monotonous. We keep it varied with the clean vocals, mid-screams, high screams, a solo, a breakdown, some weird staccato thing. We consider music as a playground. We try not to limit ourselves but we aren’t Between the Buried and Me and making a 20-minute long song. But we aren’t a straight up hardcore band that plays power riffs and breakdowns either. We try to fall somewhere in between to keep it fresh, so it’s not boring. I think we are very good at that.

Dead Rhetoric: What makes the scene in Denmark special to you?

Vicencio: From my personal view, and I haven’t been playing much or going to concerts for the past year, but to me I feel that there are great bands in Denmark. Vola is a tremendous band. Cabal is another one. Other than that, I don’t personally think there are a lot of super great bands with a lot of potential in Denmark. There aren’t very many of them. I don’t know what it is, but I kind of see it in myself sometimes as well. We are quite well off in Denmark, and people want to maintain that. I think people are scared to take big risks and throw a lot of money into a band. It costs a lot of money to record an album, get a great mix, do promotional vidoeos, and all that stuff. It can be up to 10,000 dollars for the recording and mastering…Comatose cost about that much. What does that tell you?

Then all of the other stuff around it, people just don’t want to go all the way. Maybe they are fine with just drinking beer in the rehearsal space and rocking out? That’s fine, there’s nothing wrong with that. But if you want to really push the boundaries you have to do more, and I feel like a lot of Danish bands aren’t doing that. Either that, or maybe some of their songwriting qualities aren’t up to par. I’m probably going to be very unpopular with a lot of Danish bands for saying that [laughs], but I do not care. I’m entitled to my opinion [laughs].

Dead Rhetoric: Whats coming in 2021 besides the album release?

Vicencio: On the release day we are doing release show for like 42 people. That’s what the restrictions in here in Denmark will allow. Actually the cafes are going to open up for outdoor seating, which is going to be nuts. But yeah, 42 people and a seated show. You cannot yell, because it will transmit particles. We got a taste of that in Germany earlier this year when we played with JInjer. We did three shows, and one of them was seated. But it was 900 people in a 10,000 person stadium. So we have a release party planned, but that’s it for now. In November/December we have mainland/UK tours planned with Skywalker and Invisions. Let’s see if they can happen! 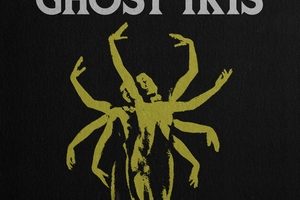