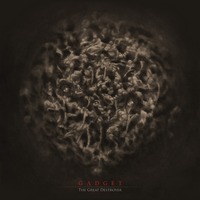 The best type of grindcore is often times the one that knows exactly what it is and what the genre is all about. Get in, get out, and maximize the amount of damage done in the shortest time span possible. Blast and shout away, but keep some semblance of moving forward within the madness. The Swedes in Gadget have a great sense of this.

The band’s third album, The Great Destroyer, revels in musical violence from start to finish. Songs are lucky to make it to the two-minute mark (sans the well-done and more atmospheric 5-minute closer “I Don’t Need You – Dead and Gone”) and work well for what they are. Sonic bursts of malevolent riffing and urgent blastbeats are the name of the game, but Gadget does manage to sneak in some snippets of melody and sinister groove to keep you on your toes. “In the Name of Suffering” has a stomp-worthy main groove that almost acts as a breather between the more relentless numbers that surround it. There’s also an underlying hardcore attitude and some d-beat melodies (“Collapse”) that adds to the appeal. The songs may be on the short end, but they have been refined to the point of grindcore excellence. Of course, Napalm Death’s Barney Greenway lends his throat to “Violent Hours” if you were looking for another reason to sink your teeth into this one.

Blistering, explosive, and feral all adequately describe The Great Destroyer. It’s nothing new in terms of grindcore standards, but you aren’t going to care as you thrash and smash your way through this album. Grind fans will eat this one up with sickening pleasure. 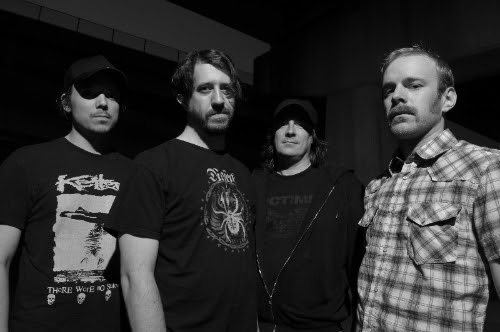