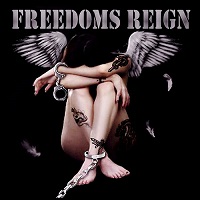 A wide-open opportunity for a cash grab (wait, is there any cash in metal?), Freedoms Reign is the product of former Fates Warning guitarist Victor Arduini. We say “cash grab,” for it would have been easy (and totally understandable) for Mr. Arduini to bust out an album in the Night on Broken fame, or even the unbeatable Awaken the Guardian (although the guitarist left the band prior to its recording.) Instead, Freedoms Reign rolls out a muscular, rather intelligent display of hardened progressive/power metal on their self-titled debut, questionable cover art notwithstanding…

Arduini handles all vocals here, and he’s probably the best thing about this nine-song effort. He’s a little like a more throaty Ozzy; no nasality or annoyance too. There’s great vocal placement all around, whether it’s in the speedy/thrashy “Believe” or surging chorus in “Shadows of a Doubt.” None of this really touches upon Fates Warning like so many would have predicted, too. It’s more meat-and-potatoes than meets the eye; perhaps like Armored Saint in their heavier moments, or even Overkill when the garbage thrash is toned down a bit. The undeniably heavy “Up from Down,” as well as the hummable “Long Way” both uphold this notion.

Brought to the label’s attention by While Heaven Wept guitarist Tom Phillips, Freedoms Reign has the right people in the corner. Furthermore, Cruz del Sur has proved to be an ample breeding ground for smart, savvy progressive/power metal bands, a lot of which are more “pure” metal than anything else. Put Freedoms Reign into that category. Good stuff all around. 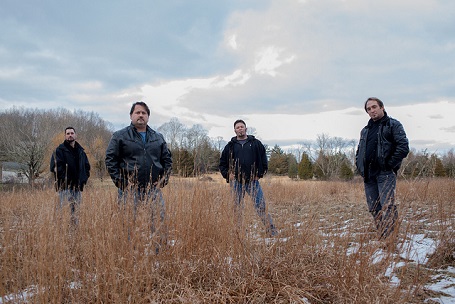