Thursday, 3rd May 2018 By Katarina McGinn 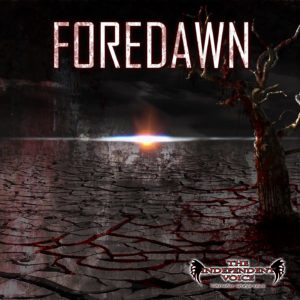 No doubt at least partially influenced by their Italian brethren in Lacuna Coil, Foredawn arrive with their self-titled debut. Steeped in a modern/alternative metal approach with no shortage of melodic hooks and choruses, the initial impression is that the band has done their homework. But in a genre where it takes more than an apt pupil to make a splash, do they have what it takes to get off the ground and running?

The answer after several listens to Foredawn is a resounding yes. As stated, despite this being a debut, the band have a very firm grasp on what works best within this genre. While they tend not to overextend the boundaries (‘tis a first offering after all), this is rock-solid all around. Let’s start with vocalist Irene Franco, who already has the frontwoman charisma down with her singing, a necessary ingredient to get the band some attention. She frequently gets the spotlight with the choruses with a powerful tone that still carries plenty of emotional resonance. The rest of the band keeps pace as well, with some enjoyable leads (see “Signs”) and energetic riffing that avoids feeling stock (see “Nightmare” or “Buried Hopes”). It does lean on more aggressive tones at times (and a pleasant lack of overbearing synths), which should aid them considerably as they continue their evolution. The album ends with a cover of “You Spin Me Round (Like a Record),” which is a rather fun addition and fits nicely with the rest of the material.

Foredawn seem up to the challenge of making a name for themselves based on the strength of their debut. They craft some rather catchy melodies and never lean too far into the vocals (despite their strength), which ends up solidifying a more metallic approach. Certainly a band to get familiar with now as they begin their upward climb.