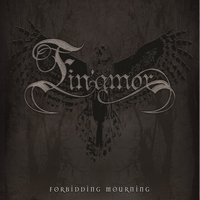 Another one of those cases where if you were to hear Fin’Amor, you’d never guess their geographical location. With similar bands that come to mind including Swallow the Sun, My Dying Bride, older Anathema, and Draconian, one could easily mistake Fin’Amor for a European act. But this genuinely European-sounding doom/death comes straight from Brooklyn, New York.

To simply give the band a narrow doom/death tag would be improper. There’s a gothic tone to the orchestration and some of the clean vocals that breathes some fresh life into their sound, some ambient soundscapes, as well as some progressive influences in the riffing structure. Just don’t expect any blazing speed from the death metal influences – this is lumbering, heavy, and downtrodden stuff. One highlight would be that of “Natura,” which opens with some somber clean vocals and orchestration before elevating into some crippling roars and riffs that ooze of despair. Later on in the track you’ll hear a stunning solo that doesn’t over-do with flashiness and provides a sense of yearning. There’s also an almost Middle Eastern feeling at points on “Oasis” that brings a more progressive side to the band. On the more ambient side of things, closing track “Valediction” offers a more dream-like feel at times, though not without a proper dose of sorrow. Truth be told, there’s not a bad track amongst the pack, with each track really honing in on a gloomy vibe that never fails to be compelling.

Forbidding Mourning was a long time in the making, yet one can feel that it was a labor of love. It’s an accomplished debut that should rightfully wow many a doom fan and lay the groundwork for even better things to come. Fin’Amor is one to keep your eyes and ears on, without question. 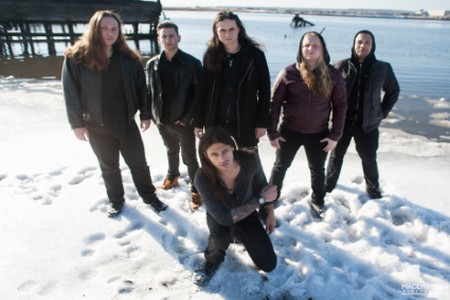