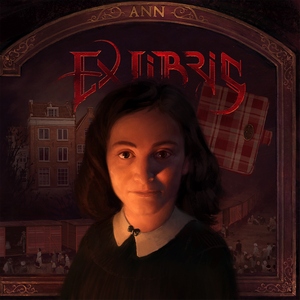 The final portion of Ex Libris’ intensive trilogy following three “Anns” throughout history, this time we come the closest to the present day with that of Anne Frank. Where Anne Boleyn and Anastasia Romonova pulled some influences from the geography and time period, Anne Frank plays things a bit more ‘straight’ in terms of the progressive and symphonic elements. But don’t think for a second that it makes the final chapter any less invigorating or emotive.

There’s more of a modern bombast to that of Chapter 3, and perhaps even moreso than the previous two chapters, it feels almost like a cinematic experience. That, in and of itself, is impressive given the scope of the first two chapters and it sets an immediate tone as the gentle, piano/keys-led nature of the opener “The Diary” – it feels akin to a prologue to something even greater. A small sense of foreboding permeates the track’s latter half, while vocalist Dianne van Giersbergen’s vocals take center-stage in the quieter surroundings. “The Annex” ramps up the electricity, essentially hitting the ground running with some great riffs accompanied by synths to some really grand effect. The orchestration swirls around van Giersbergen as the impressive stomping of riffs eventually builds to a potent climax. But the best is actually yet to come with “The Raid,” the EP’s 10-minute epic. From the crunchy yet glorious opening, there’s a strong sense of urgency to the song as it carefully swings between more tense proggy bursts with intricate guitarwork and soloing to sweeping and grounded emotional moments that lead things to the inevitable ending (centering on the diary itself as an inspirational source rather than focusing solely on Frank’s demise). Quite possibly the strongest track of the entire ANN trilogy, it’s bound to leave the listener breathless upon its finale.

With the EP trilogy officially concluded, Ex Libris deserves some praise for their willingness to push some progressive boundaries with these three tales. As the conclusion, Anne Frank is more than a fitting ending that demonstrates all the things the band has been doing right. Engulfing the listener in a gripping story that is accurate in both lyrics and music, giving a real impression of the woman of each chapter in their thoughts and feelings (brought to life by van Giersbergen’s consistently impressive voice), while also allowing the progressive spirit of the music to take flight and impress with instrumental wizardry. The result is an emotional rollercoaster from start to finish: this is truly history come to life. 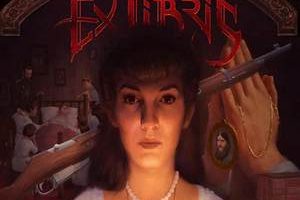 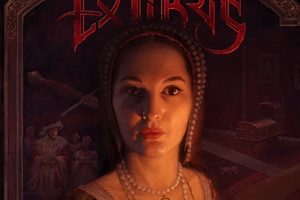