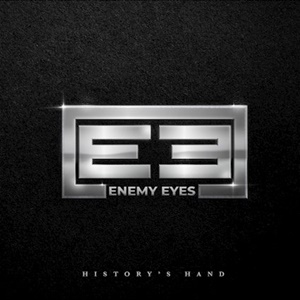 The 100th official release associated with vocalist Johnny Gioeli, his work is well known in the rock/metal circles. Be it Hardline, Axel Rudi Pell, Crush 40, or his own solo ventures, globally people have embraced the man’s long-standing love for his craft. Enemy Eyes is the latest band taking on a mix of Johnny’s affinity for modern hard rock plus European melodic metal – assembling a top-notch lineup of musicians for this debut album History’s Hand. The quartet includes Annihilator drummer Fabio Alessandrini, guitarist Marcos Rodrigues, and fellow Hardline compatriot bassist/keyboardist Alessandro Del Vecchio – which is a solid lineup of versatile players capable of executing this musical stew in a professional, seamless manner.

Johnny felt the need to combine his love of European melodic metal and North American modern hard rock styles – and that’s what you’ll have throughout these eleven tracks. Larger than life guitar chords, vibrant keyboards with the adequate orchestration/dynamic splash, plus rhythm section mechanics that are focused, sharp, and energetic in all the right transitions/instrumental sequences. The diverse intensity and tranquil transition put the title track into instant highlight reel mode – the opening riffs ripping into solid modern metal, driving passages, while the softer piano-oriented sequence allows Johnny to showcase his reflective, tender side. Chunkier riffing a la Primal Fear gives “Peace and Glory” that metal burst – Fabio flexing his fill chops while the vocal harmonies plus exotic lead break from Marcos provide excitement through success playbacks. How these international musicians interpret modern hard rock influences like Breaking Benjamin, Volbeat, Architects against their knowledge of melodic metal pulsates in a refreshing, engaging meld of tonality – “The Dream Is Gone” a mid-tempo anthem where Johnny’s bluesy forcefulness shines, while closer “Rat Race” convinces through its swirling keyboard nuances plus simplified guitar harmonies as a heads down, driving effort that contains off-tempo drumming in small doses.

Enemy Eyes is quite different than what you’ve come to expect with Johnny’s other bands – this side of modern meets melodic metal songwriting ideal in the capable hands of the seasoned musicians he chose to execute the material with. History’s Hand is a solid debut album, something to build upon as plans are in play for some live shows – all one could ask for in a relevant genre that struggles to garner full respect. 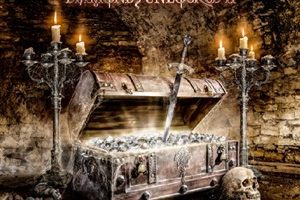 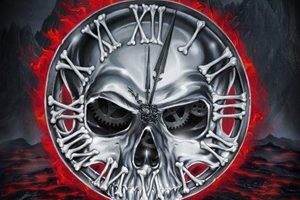 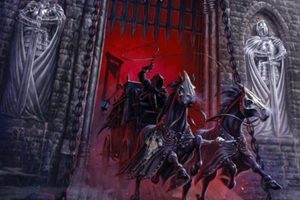