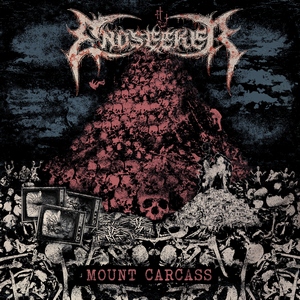 With two punchy and satisfying full-length efforts behind them, Germany’s Endseeker decided to tweak things a little for their third offering. Shying away from some of the more progressive leanings of The Harvest, while still keeping the big melodies and pummeling HM-2 edge (alongside a more varied death metal palette) intact, Mount Carcass sees them expand upon their past. Something that makes this their finest release to date.

Those along for the HM-2 buzzing groove and abrasion are going to still be quite satisfied with what Endseeker can do, but it comes with more added benefits this time around. The melodies seem to be at the forefront of Endseeker’s attack this time around, something that offsets the sense of urgency from the brutal riffing. While melodies have played a part in the act before, listening to them jump out on a track like “Bloodline” really showcases the band’s growth. Not only are there some big ole stomping grooves, but also some potent melodies that grab your ear, with the culminating piece being the catchy chorus that comes in and steals the show. Other songs, such as the title track, rip the scenery apart as much as they can, with blazing speeds and scathing brutality – they will get the blood really pumping! Interestingly, the last track is an instrumental cover of the theme from John Carpenter’s “Escape from New York.” The way they shifted this synth-based song to a fully metallic one is worth noting, as well as a nice way to wrap up the album on a more relaxed note (yet still full of crunch and groove in its own way).

Endseeker continue to put their best foot forward when it comes to expanding their sound. The Swedish-influenced core is still at the heart of things, but the way that they’ve taken a more direct approach that allows melodies to really flourish while doling out killer grooves and copious amounts of aggression is a solid step up. Good for those who want something old school in design, but willing to modernize and incorporate other influences as necessary. 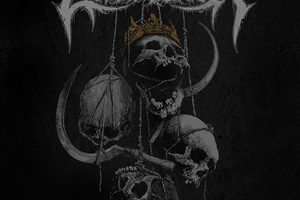