A side outlet for a pair of Enthroned dudes (Phorgath and Olve), Emptiness play what is now, the very hip and happening brand of weird-as-fuck death metal. Nothing But the Whole on the surface, doesn’t appear to be complex, but once one takes a full dive into the album’s abysmal abyss of suffocating riffs and demented melodies, then the nuances start to take shape, and the body of a work as a whole starts to make sense. But per the usual, it doesn’t come at first. These things (like most things) take time.

Perhaps fitting, Nothing But the Whole does little to emulate Phorgath and Olve’s current black metal day job. While some of these riff selections would be able to slide into Enthroned’s more obtuse and less-blasted out selections, they’re right where they should be, as evidenced by the chilling opener “Go and Hope,” which hauls out one of the more uncomfortable intros of the year. “Behind the Curtain” is the album’s most forward-thinking cut; dominated by an odd tempo push and some devious tremolo picking that go above and beyond traditional death metal fare. Better yet, the song is played at a daunting half-tempo.

Additional songs of notice include the billowing “Tale of a Burning Man” and seismic closer “Lowland,” both of which fall in line with the album’s affinity for wrangling some truly wretched sounds. As such, well-suited to be slotted in with the likes of Portal, Impetuous Ritual, and friends, Emptiness couldn’t have timed things better with Nothing But the Whole. Buyer (or listener) beware, of course – this stuff is a million years removed from the meat-and-potatoes stance of Stockholm, or the slop-it-up approach of vintage American death metal. It’s neither of the two. Something all to itself. 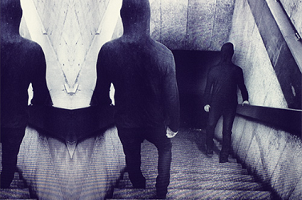 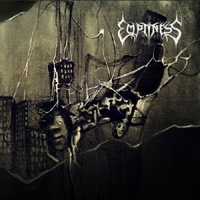