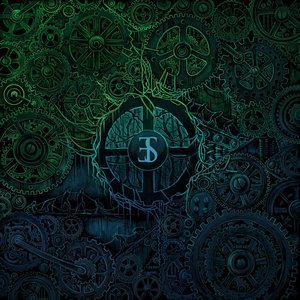 The rise of the sonic noise makers in the last few years hasn’t gone unheard. The bands that go for thick, heavy riffs that rumble the speakers like elephants marching across an open field and value corrosion more than anything else. Employed to Serve have been generating some buzz, particularly after their last album, The Warmth of Dying Sun, and have latched onto Spinefarm for their all-important third release, Eternal Forward Motion.

In fitting with the description above, Eternal Forward Motion is delightfully caustic. Some of the grooves are disgustingly heavy, with enough grit to them to level nearby buildings and drop jaws all around (check out “Reality Filter” and its mammoth-sized grooves). The immediate heaviness is enough to grab your attention and listen to the unbridled fury that comes through the music – from the guitar tones to Justine Jones’ venomous screams to the pounding of the drumkit – it’s impressive. But for all of its piss & vinegar, it’s a bit front-loaded and overly long. This sort of punchy and visceral experience is usually best enjoyed for about a half-hour or so, and the 43-minute runtime makes the album drag a bit on the back end. It’s not for lack of trying on the band’s part though, with more melodies being injected into tracks like “Force Fed” without losing the tear-it-all-down mentality of their mantra, or more dark atmostphere culled in with slower tracks like “Bare Bones on a Blue Sky” or “Suspended in Emptiness.” The slower pacing can actually enhance some of the band’s chunky riffs, but in the end there’s just a pulsating wall of guitars that start to blur as you start to reach the album’s second half.

Those looking for that post-hardcore fury and aggression will no doubt be drawn to Employed to Serve’s gusto and devastating riffage. Eternal Forward Motion is a potent display of this stuff. But they still fall prey to the same trappings of other bands in the genre, and a shorter and direct attack could indeed make the band move mountains. 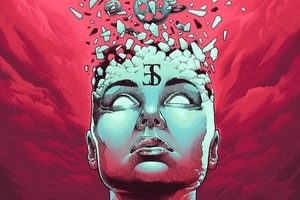