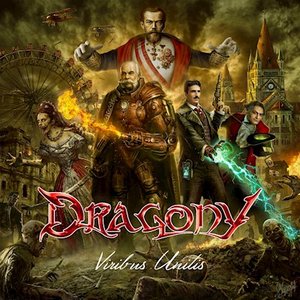 Austria’s Dragony have been a member of the power metal community for over a decade at this point. Some may recognize vocalist Siegfried Samer from his short-lived stint in Visions of Atlantis, but Dragony has been his main gig for far longer. Viribus Unitis is the band’s fourth album, and delivers plenty of bombast for the faithful, even if it does tend to circle in rather familiar territory.

Upbeat and triumphant (read: bombastic) power metal is something that begs a listen if only on fun factor alone. That idea in mind, Dragony’s latest easily fulfills the qualifications necessary. A rather peculiar concept album awaits with Viribus Unitis, offering an oddly unique alternate take on the band’s homeland and their history, full of everything from cyberpunk to zombies to fantastical dark forces interwoven to a tale that begins in 1889. So yes, it’s a bit over the top, but with this type of power metal, would we really want it any other way? It’s just the sort of upfront cheesiness that fits the billing, and Dragony takes it all in stride. Everything sets itself up for some thrilling and sing-a-long friendly numbers, with a careful balance of soaring synths and metallic crunch, with Samer’s high-flying vocal performance leading the way. “Made of Metal (Cyberpunk Joseph)” being a perfect example of the band’s sound – leaning into a bit of ‘80s synth magic while keeping the focus on punchy riffs and a chorus that makes you want to raise a fist and sing right along with it. A glorious solo later in the track only solidifies those same feelings with its melodic vibes.

While the more upbeat brand of power metal is one that some just don’t have the palette for, Dragony hit all the right notes with Viribus Unitis. It’s fun to listen to from start to finish, which is really what sells the whole package here. Some acts get lost in trying to be too melodramatic or end up sounding too goofy – Dragony plays it right down the middle with energetic and rousing performances across the board. An excellent combination for the style. 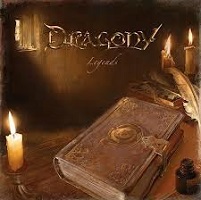