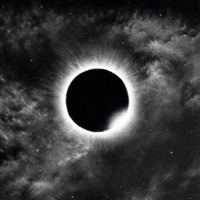 One band grabbing some momentum lately is that of Germany’s Der Weg einer Freiheit. After two celebrated albums, the band moved up the ranks to Season of Mist for their third effort, Stellar. While the band is often tagged as “atmospheric” or “melodic,” such tags can yield a misconception of what they are doing. Best to describe Stellar with a more “well rounded” approach to traditional black metal.

Der Weg einer Freiheit takes an approach to black metal that mixes a number of different “styles,” so to speak. What’s more important is that they do it well, able to take the melancholic and esoteric alongside the more fiery and vitriol-fueled origins of the genre. A track like “Requiem” begins with more traditional flair, with blast beats and tremolo picking galore, alongside melodic tendencies (a la Dissection for example), but later on in the track it transitions to a more mellow conclusion that is complete with strings and a somber atmosphere. There’s plenty of fury to be held in the short blaster that is “Verbund,” yet also sheer majesty that follows with “Eiswanderer,” which is full of melodic flourishes amongst a more or less traditional black metal template. Even some moody chants appear at the opening of the disc with “Repulsion.” A little bit of everything, but it holds together well.

Aptly named (though the band was probably thinking of it in terms of the cosmos based on the cover art), Stellar is a solid piece of black metal. While working within the framework set down by the genre, Der Weg einer Freiheit paint a much more colorful picture than what many are attempting nowadays. Especially considering the number of bands that are moving more towards “post” in order to accomplish the same feelings.